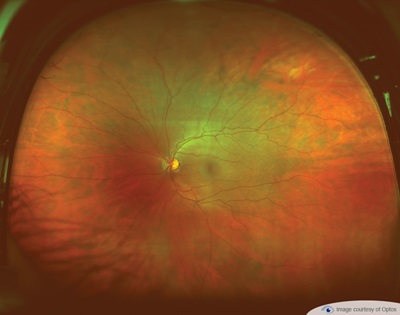 A new laser-based imaging technology for early detection of a range of serious eye diseases is set for a clinical study in the UK.

Dunfermline-based Optos, which is listed on the London Stock Exchange, will work with Kent and Strathclyde Universities to develop a system that monitors the function of cells in patients’ eyes.

The technology will then be used in clinical trials in Scotland, with the aim of detecting major sight-threatening diseases like glaucoma, age-related macular degeneration (AMD) and diabetic retinopathy in their early stages.

That initial £1 million study – funded by Optos and Innovate UK (previously the Technology Strategy Board) - is expected to finish in early 2017. If it proves successful, an additional £9 million will be invested to develop a fully clinical system for the UK’s National Health Service (NHS) by the following year.

New collaborative framework
Stuart Parks, who heads up the NHS consortium, said in an Optos company statement: “It is critical that the NHS works closely with partners, both in the development of new technology and in the evaluation of its effectiveness. This research marks the start of a new collaborative framework to deliver solutions for the NHS.”

Roy Davis, the CEO of Optos, added: “Blindness is a largely preventable disease burden that we believe can be eased through earlier detection. Optos strives to create the tools for professionals at the forefront of eye care and disease management. This initiative demonstrates not only the importance of early intervention, but how innovation and investment through collaboration can translate into better patient outcomes.”

Figures from the Prevent Blindness America volunteer group suggest that 7 million people lose their vision every year and that 285 million people are visually impaired – levels that are expected to grow quickly as the global population ages.

According to the World Health Organization (WHO), as many as 80 per cent of blindness cases could be prevented, or treated effectively, if diseases like AMD and glaucoma are diagnosed at an early enough stage.

Optos already sells optical coherence tomography (OCT) equipment and a retinal imaging system known as “Daytona”. The latter features green (532 nm) and red (635 nm) lasers and can highlight the presence of lipofuscin pigments, known to be a major risk factor in macular degeneration.

The company has just revealed that it added 1500 new customers in the year to September 30, representing a 24 per cent increase to its installed base.

"We continued to see strong demand for our products during the year, particularly Daytona,” noted Davis. “This has translated into another record year of placements with new customers.”

With strong cash generation over the past six months, the company reports that it has reduced its net debt to $12 million, compared with $39 million a year ago.

Optos is due to publish its full-year results on November 19.