Component vendor hands out $85,000 worth of products to nine different projects. 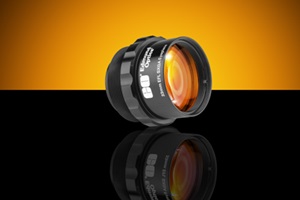 The development of optical memories, a diagnostic test for autism and a light-scattering detector for use in portable flow cytometry systems have each won a gold award in the latest competition hosted by component vendor Edmund Optics.

The company's educational awards, which recognize undergraduate and graduate optics programs in science, are handed out on a regional basis, with gold, silver and bronze winners in each of the Americas, Asia and Europe.

Overall, the nine different winning projects are set to receive Edmund products worth more than $85,000 in support of further research. After evaluating a remarkable 880 initial applications, Edmund first narrowed down the selection to 45 finalists before picking the following winners.

Gold awards
Winning gold in the Americas region and $10,000 in Edmund products is Gang Yao from the University of Missouri. Yao is working on portable device designed to screen young children for neurodevelopmental disorders including autism.

The non-invasive eye test is based on dynamic pupillary light reflection (PLR), and analyzes changes in pupil size in response to a brief flash of light.

In Asia, the gold award goes to Masahiro Motosuke from Tokyo University of Science, for research into a new detector for light scattering. It is hoped that the device, manufactured using an efficient micromachining process, will aid the development of portable, low-cost flow cytometry systems for routine diagnostic screening in the developing world.

Winning €7000 of Edmund products for the European gold award is Thomas Halfmann from the Technical University of Darmstadt in Germany. Halfmann and his team have developed so-called “optical memories” for potential use in future high-performance computing.

The quantum mechanical technique requires capture, storage and control of a light pulse, and Halfmann’s project can so far “freeze” photons from a laser with encoded information for up to one minute in an optical crystal.

Edmund’s marketing communications director Kirsten Bjork-Jones said of the award-winning projects: "We continue to be amazed and impressed by the inventive use of optics in these highly technical, life-changing applications.”

Biophotonics theme
The theme of medical and biophotonics applications continues among the three silver and bronze awards too. For the Americas region, Irving Bigio from Boston University wins silver for work on a new dye-free imaging technology designed to show neuronal activation patterns in epilepsy and stroke patients.

Also winning silver awards are Lund University’s Mikkel Brydegaard - for a lidar system to monitor insects in the atmosphere - and Jinmyoung So from Chonbuk National University in Korea, whose optical system is able to trap nanoparticles and could find use in future spectrometers.

Bronze awards go to Claudio Lazzari and his team at the Université François Rabelais de Tours in France, for a polarization system designed to control the spread of diseases transmitted by tse-tse flies, Colorado State University’s Azer Yalin for lightweight mid-infrared sensors to be deployed on drones to detect methane leaks, and Yuen Hong Tsang from Hong Kong Polytechnic University. Tsang's team has developed a high-resolution fluorescence imaging system used to observe the changes in cancer cells interacting with multi-functional nanoparticles.

For Edmund Optics, it is not quite the end of the awards season yet. The company is also due to announce the winner of its Norman Edmund Inspiration Award, named after the company’s late founder, on November 5. The winner of that will receive $5000 worth of Edmund products.

For more details about the nine winners of educational awards, click here.