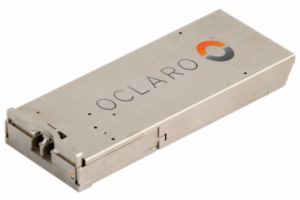 Oclaro released its financial results for the second quarter of fiscal 2014, and described them as demonstrating solid progress in the turnaround plan currently being enacted by the developer of optical components, modules and subsystems.

The figures come after a period which saw the company sell both its gallium arsenide semiconductor laser manufacturing facility, and its optical amplifier and micro-optics business to II-VI, in connected deals over the last months of 2013.

The stated goal was the reorganization of Oclaro's debt obligations and a refocusing of its product portfolio.

Adjusted EBITDA was negative $10.7 million for the quarter, having been negative $19.6 million in Q1.

"While we still have substantial work ahead of us, our financial results in the second quarter of fiscal 2014 demonstrate that our restructuring efforts are starting to pay off and that we are on the right strategic path," Greg Dougherty, CEO since June 2013, told analysts.

"The second quarter came in better than expected, as revenue, gross margins, and adjusted EBITDA were favorable to our guidance. We start calendar year 2014 virtually debt free, with a much stronger balance sheet."

The adjusted product portfolio played a part in the figures, with CFO Pete Mangan pointing to a richer mix of 100G products and cost improvements in high-volume businesses as being significant factors.

"We had another quarter of strong performance for our 40 and 100G transmission products, that grew approximately 20 percent for the second consecutive quarter and represented 44 percent of the company revenue," he confirmed. "Our 10G and lower business remained our largest product group, with a 48 percent share."

Cash generation
Oclaro's cash position remains foremost in the minds of company management, after Dougherty himself had described its cost structure as being far too high and its cash burn rate as unsustainable in November 2013.

"We expect further cash usage this calendar year in the following four areas," he now commented to analysts in the Q2 presentation. "One: to fund our remaining restructuring. Two: to fund negative adjusted EBITDA. Three: to normalize our accounts payable post-divestiture, which we expect will require $25 million to $30 million in cash. And four: to fund normal CapEx and capital lease payments of approximately $4 million to $5 million per quarter."

Reducing the number of global sites is also part of the turnaround plan, and this process continues. Dougherty indicated that the company had moved from 20 sites to 14, and planned to be at 10 sites by July 2014.

Following the completion of the restructuring, Oclaro expects to achieve break-even in adjusted EBITDA on revenues of approximately $110 million per quarter, non-GAAP gross margins of 20 percent, and operating expenses of 25 percent of sales.

"We are on track to achieve break-even by the December quarter, based on the model that we previously outlined," said the CEO. "Despite all the progress that we have made, we recognize the challenges in front of us as we continue to stay focused on our main objective: to generate cash."