A micromachining acquisition and big plans for gesture-recognition show health of optics segments. 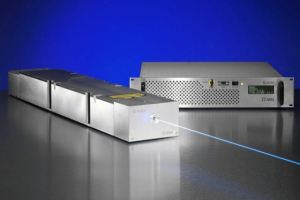 Revenues and income for diversified photonics group JDSU rose in the second quarter of fiscal 2014, exceeding the company's prior guidance expectation.

Net revenues across the company increased to $447.6 million for Q2 2014, up by just over four percent from the previous quarter and by almost the same amount year-on-year.

Net income was also up, reaching $45.3 million on a non-GAAP basis compared to $30.2 million for Q1, and representing a year-on-year increase of seven percent.

"We are pleased with the performance of our organic business, the progress of our continuing investments in new offerings which align with customer requirements and market trends, and our continuing M&A strategy," commented CEO Tom Waechter. "We believe JDSU is well-positioned to leverage our technical leadership in new markets in calendar-year 2014."

The company's lasers business saw revenues fall to $23.5 million, down from $28.4 million sequentially and $30.2 million year-on-year, falls of 17 and 22 percent respectively.

Waechter said that the sequential decline of laser revenues had been predicted, arising from softer demand in the semiconductor sector and the transition from the company's Gen1 to Gen2 fiber laser product. Gen2, developed alongside its partner Amada, now accounts for just under half of JDSU's laser revenues, according to the company.

On the day that the Q2 results were unveiled, JDSU also announced the acquisition of Time-Bandwidth, a Zurich-based developer of diode-pumped solid-state lasers operating in the femto- to picosecond domain intended in particular for micromachining. Time-Bandwidth was founded in 1994 as a spin-out from the Swiss Federal Institute of Technology.

The acquisition is intended to "broaden our portfolio for micromachining applications and advance our laser products," according to Waechter, who indicated that the deal would be neutral to earnings in the coming quarter.

Big gestures
JDSU's optical communications umbrella also includes its products for gesture recognition, an area the company has been actively investigating for some time.

The company recently announced the supply of core optical technology for the Kinect system employed by the new Microsoft Xbox One console, intended to provide highly precise 3D-sensing capabilities.

At present this revenue stream is affected by the holiday shopping patterns of console purchasers, and JDSU expects an inevitable decline in income from this application in the next quarter. But this scenario should soon be changing.

"Gesture recognition technology receives a lot of attention," commented Waechter to analysts. "JDSU has established itself as a key supplier supporting this trend, including with Kinect and Xbox One. We continue to work on other applications with other customers, and expect revenue opportunities to develop in gesture-controlled computing in the second half of 2014, and then in home entertainment during 2015."

A broader range of applications should enable the revenue stream to become more evenly spread throughout the calendar.

"What is different this year is that we are now working with multiple customers on multiple different applications," said the CEO. "The timing of the initial production ramps will depend on when we see broad proliferation and adoption of gesture recognition, which we believe will start during this year for computer systems. For gaming applications the December quarter is likely to remain the peak, but we are looking to smooth that out over time."

• The markets liked what they heard, and JDSU shares rose by eight percent on the day following the release of the Q2 figures.