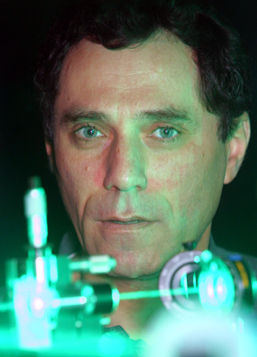 Israeli photonics scientist Professor Mordechai (Moti) Segev, who works at Technion, Israel’s Institute of Technology, based in Haifa, has been awarded the Israel Prize for his substantial work on solitons and several other photonics breakthroughs.

Minister of Education, Rabbi Shai Piron notified and congratulated Segev upon being selected as the 2014 Israel Prize winner (Chemistry and Physics). The award committee's citation stated, "Professor Segev is a ground-breaking physicist in the field of optics and lasers. His pioneering contributions are sources of inspiration and his scientific work is referenced in thousands of scientific articles."

Technion President, Professor Perez Lavie, also congratulated Segev and thanked him for the “honor he has brought to Technion”. In 2007 Segev received the prestigious European Physics Society Quantum Electronics Award, presented in Munich.

Segev describes his work thus, “My group’s research is in the general area of nonlinear optics and quantum electronics. Our current projects concern solitons, nonlinear frequency conversion, nonlinear guided waves, nonlinear dynamics, and photorefractive materials and the research is both theoretical and experimental.”

In recent years Segev’s team has studied spatial solitons: beams of light that never diffract but interact with each other like particles. He added, “Two years ago, we discovered incoherent solitons, in which the phase is fully random and which can be generated using light from an incoherent source.

Over the past decade, Segev and his research partners have published numerous articles in the Nature series of journals, Science, and Physical Review Letters, among others.