Disappointing sales as customers pulled forward their Oclaro orders ahead of recent acquisitions. 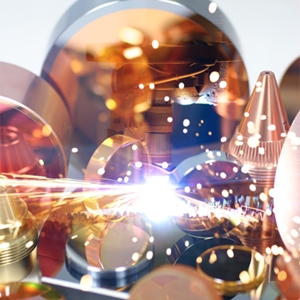 II-VI CEO Frank Kramer has declared the latest financial quarter as a “turning point” for the Pittsburgh company, whose earnings have been hit by the acquisition of two photonics business units from Oclaro in late 2013.

Those deals brought to five the number of acquisitions completed by II-VI within just a 12-month period, and the integration of the two previously unprofitable businesses from Oclaro is likely to represent the more complex of those five.

Overall, II-VI reported a sharp increase in revenues and bookings compared with the prior year. With the Oclaro units – together now forming II-VI’s “active optical products” (AOP) group – posting sales of $33.4 million, total revenues were up 37 per cent to $171.7 million.

But the lower margins of the Oclaro businesses meant that the AOP unit generated a quarterly loss of $6.8 million, while Kramer declared its bookings as “disappointing”. He told an investor conference call:

“Orders [of $30.6 million] were lower than we expected because certain customers pulled ahead orders prior to the acquisitions.”

Despite the difficulties, which are hardly surprising given Oclaro’s historically loss-making performance, Kramer remains positive about the long-term potential of the deals.

“In spite of the financial drag caused by the acquisitions from Oclaro, let me reassure you that I'm pleased with the technology and intellectual property acquired in the transactions, and I'm optimistic about the strategic long-term fit with II-VI Incorporated,” he said.

Plans for cost reductions in Zurich
Kramer added that business in other areas appeared brisk, thanks to higher bookings for infrared optics and demand for diamond optics set to be used in extreme ultraviolet (EUV) lithography systems. On the other hand, orders for optics to be used in high-power carbon dioxide laser systems for materials processing in China were down, with lighter demand for pipe drilling applications.

Nevertheless, with $213 million on its balance sheet - the highest figure in the company’s history – Kramer said that II-VI would continue to spend: “We expect to use [cash] to pay down debt while making strategic capital investments in capacity to address market demand as well as to improve operational efficiencies,” he told investors.

Kramer was joined on the call by new II-VI COO Vincent “Chuck” Mattera, appointed in November. Mattera said that a number of “long overdue” cost-reduction programs had been initiated at the gallium arsenide laser diode fab in Zurich, Switzerland, that was bought from Oclaro.

He also said that customers of the transferred Oclaro operations had ordered “safety stock” ahead of the acquisition, adding that part of the newly acquired team would be in attendance at next week’s Photonics West trade exhibition - along with various other of the II-VI optics divisions - to show off products and seek new opportunities for the lasers made in Zurich.

For the forthcoming quarter, II-VI is expecting to post a sequential increase in sales to between $175 million and $180 million, but markets seemed unimpressed by that, with the stock trading down around 5 per cent in early trading following the financial update.