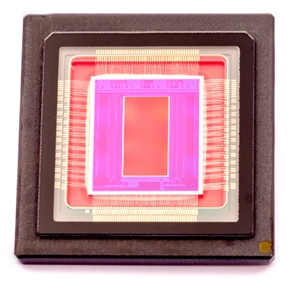 Analysts at Yole Développement have updated their forecast for the CMOS image sensors market, and conclude that new applications in consumer electronics and automotive will stimulate a compound annual growth rate of 10 per cent over the next five years.

If they are correct, it will see the value of the market rise to around $13 billion by 2018 - up from around an anticipated $9 billion this year.

“Many different applications are driving CMOS image sensor integration,” reports Eric Mounier, a senior analyst at Yole. “It’s likely that the consumer market will benefit from new mobile technologies. As such, we foresee consumer applications [such as tablet PCs and digital cameras] to be the growth driver over the next five years.”

Over the past five years, the key growth driver had been mobile handsets, while digital still cameras (DSCs) have more typically used CCD sensors rather than CMOS.

On top of that, Yole sees a new wave of applications emerging from the automotive sector, which it believes could become the third-largest single market for CMOS image sensors.

Technical challenges
The analyst company also predicts that “a shift from driving assistance applications to security-based applications may imply significant quality and reliability design improvements in the near future, possibly leading to traditional automotive product providers entering the market with more exuberance”.

Aside from those major application areas, the emerging field of wearable electronics - something that dominated headlines at the recent International Consumer Electronics Show (CES) in Las Vegas – could become a significant market driver.

Along with the more traditional sectors of machine vision, security & surveillance and medical applications, these applications are likely to show strong growth in the mid and long-term.

In terms of technological developments, Yole has identified what it says are some major trends. One of those is a “race” towards smaller pixels, meaning a smaller light-receiving photodiode area, to deliver a better resolution.

Unfortunately, that also tends to lead to worse pixel performance because of the degradation of the signal-to-noise ratio and well capacity. To cope with this loss, Yole says that major process and design innovations are necessary to achieve higher pixel density while retaining the required high sensitivity.

Some of that required innovation could come from technologists at the Belgian microelectronics development institute imec, who announced last year that a project with Panasonic had produced high-performance CMOS image sensors capable of capturing 12-bit 4,000 x 2,000 pixel progressive images at a rate of 60 frames per second.

Meanwhile CMOSIS, an imec spin-out that specializes in high-performance CMOS sensors designed for applications where CCD technology has traditionally dominated, was recently acquired by private equity firm TA Associates - suggesting that there is wider backing for CMOS technology.

• Yole Développement will be hosting a live "WebTalk" event about the topics covered in its latest CMOS image sensor report on January 23. Visit the company’s web site for more details and how to submit questions.