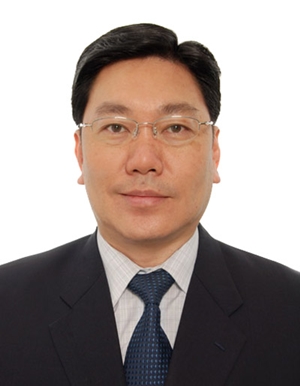 Colorado-based thin-film photovoltaics company Ascent Solar Technologies has signed an updated joint venture deal with a municipal government in China that will result in the construction of a new manufacturing facility.

Under the terms of the new agreement – Ascent first revealed outline plans in July 2013 - the government of the city of Suqian in Jiangsu Province will provide around $32.5 million in cash, plus five years’ rent-free use of an approximately 331,000 square-foot factory and office building.

Ascent is expecting to purchase the factory within five years, and at the initial construction cost, while it will also hold the right to purchase Suqian's ownership interest in the joint venture at the same time – and at a 50 per cent premium.

The two partners say that in the initial phase of the project they will form a joint-venture entity in which Suqian will inject approximately $4.8 million in cash, in exchange for a majority interest of 75 per cent.

Ascent will provide around $1.6 million of its own cash in exchange for the remaining quarter of the venture, before Suqian invests the rest of the committed $32.5 million throughout 2014.

Ascent brings its proprietary flexible thin-film CIGS technology to the table, as well as some equipment from its existing Colorado facility, and will ultimately increase its shareholdings up to 80 per cent of the firm.

It is expected that by the first quarter of 2016, the venture will be operating an end-to-end manufacturing plant capable of producing modules equivalent to an annual 25 MW (peak) capacity. Subsequent scale-up to 100 MW capacity will take several more years.

Tax breaks
The Chinese local government partner will also be providing a package of incentives - including a five-year corporate tax holiday and a further 50 per cent tax rebate over the next five years.

On top of that, the company will enjoy a full rebate of value-added tax for the first two years and then a 50 per cent rebate for the subsequent three years. Key scientists, engineers and managers of the venture will also be put up in free accommodation for up to three years.

Ascent CEO Victor Lee said of the deal: "The signing of this definitive agreement is a strong endorsement of Ascent's industry leading flexible CIGS technology.”

“This partnership enables us to accelerate our transformational consumer-centric strategy with the EnerPlex consumer brand and specialty off-grid applications given China's huge and growing consumer base and readily available contract manufacturers.”

Ascent launched its “EnerPlex” products, used to charge handheld devices such as smart phones and tablets, in 2012, and now sells them through some major retail outlets including Walmart and Sears. Last month it added to its distribution network in Japan in a deal with Tokyo-based Nara.

But despite sales of those consumer products rising quickly, Ascent has continued to mount up staggering losses. In its third fiscal quarter of 2013, the company posted an operating loss of more than $6.4 million on sales of just $0.27 million – with the vast majority of its costs relating to research and development work.

Cash burn
Since its inception in 2005, the company has racked up a cumulative operating loss of more than $230 million, highlighting the difficulties facing new entrants in the PV market who have looked to scale up module production in recent years – particularly those making CIGS modules.

As of September 30, 2013, the company’s balance sheet showed cash holdings of only $3.9 million, calling its future into question. On October 30 last year, after several other attempts to raise cash, Ascent agreed a $10 million financing package with a subsidiary of Ironridge Partners.

According to Ascent’s original statement in July, Suqian’s local governor Lan Shao Min believes that CIGS, and more specifically Ascent's proprietary flexible CIGS technology based on a plastic substrate, is the next breakthrough in photovoltaics.

He is aiming to establish a state of the art industrial park in the city for solar and solar-related products, anchored by Ascent’s manufacturing presence but ultimately including equipment suppliers, contract manufacturers and other supporting industries.

Ascent is banking on the new facility to reduce the cost of CIGS-based PV dramatically, following several years in which rapid falls in the cost of crystalline silicon solar cells and modules have driven many CIGS specialists to bankruptcy.

At present, the only commercial CIGS or CIS PV exponent believed to have made any significant market inroads is the Japanese firm Solar Frontier. According to Greentech Media analysts, it has more than 1 GW of module capacity.

Other players in the CIGS space include Solibro, MisSolé and Global Solar Energy – all now part of China’s Hanergy – while venture capital group Khosla recently took a controlling interest in Stion. Greentech Media estimates that between $4 billion and $5 billion has been invested in CIGS development over the past decade, with seemingly little tangible to show for that aside from some high-performing hero cells and modules.