Pyreos, a developer of passive infrared sensors based at the Scottish Microelectronics Centre in Edinburgh, is set for expansion after securing $4 million in a venture funding round.

The latest investment, led by Robert Bosch Venture Capital, Seraphim Capital, Siemens Technology Accelerator and the Scottish Investment Bank (SIB), was swiftly followed by the appointment of a new CEO, Rob Baxter, who will spearhead the company’s growing ambition.

Pyreos’ core technology, infrared sensors based on thin films of pyroelectric lead zirconate titanante (PZT) material, was initially developed at the German engineering giant Siemens, which is said to have poured $20 million into its research.

The firm’s PZT-based MEMS sensors, manufactured on a silicon structure, operate across a very wide range of frequencies – including the terahertz, visible and ultraviolet regions.

Up until now, Pyreos has focused largely on industrial markets, for applications such as gas sensing. But the company sees a huge and growing opportunity in more consumer-oriented uses like gesture and proximity control sensors in smart phones and tablets, while medical applications in breath analysis are also possible.

Low power consumption key
In a Pyreos statement, Claus Schmidt, the managing director of Robert Bosch Venture Capital, described those opportunities as “untapped” but with exciting potential – in part resulting from the low power consumption of the PZT sensors.

“The design breakthrough [Pyreos has] achieved in reducing power consumption and hence eliminating the long-standing industry barrier of the battery drainage issue means the [global] potential in mobile and hand-held applications across consumer and industrial markets is explosive,” Schmidt added.

Pyreos has recently developed a dual-function gesture and proximity sensor, and claims to be making “strong inroads” into the next generation of smart phones and tablets that are set to incorporate touch-free gesture commands.

Those new sensors are said to consume only micro-watts of power – meaning that they are several orders of magnitude more energy efficient than competing technologies and thus suitable for consumer handsets.

Crucially, says the firm, the new sensors will enable consumer electronics OEMs to quickly and cost-effectively integrate distinctive gesture command features such as "always on" and "wake up on motion".

The new funding will first be used to launch two separate products capable of gesture and proximity recognition – one at a near-range of 20 cm and a second with a range of up to 1 meter.

Aside from applications in smart phones and tablets, the company believes that this will open up further growth opportunities among manufacturers of PCs, televisions, docking stations, audio speakers and smart energy devices.

New CEO Baxter joins Pyreos as it looks to build on its early success in the industrial gas and flame markets, where it has gained a foothold in hand-held spectroscopy applications. 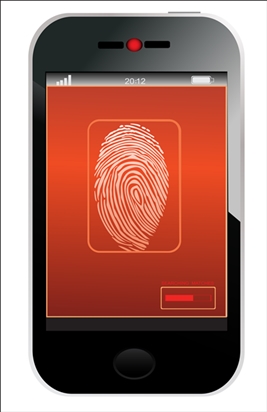 CEO experience
The company’s sensors are already used in the dairy, winery and lubricant industries, with Pyreos claiming that compact spectrometers based on the PZT technology can be powered by a standard battery to offer real-time spectroscopy with kind of performance normally associated with much bulkier laboratory equipment like Fourier Transform infrared (FTIR) kit.

Baxter said in a company release: "I am thrilled to have the opportunity to join Pyreos, who are leaders in passive infrared sensor technology and whose management team have delivered impressive results and products to diverse market segments. Fundamentally, I believe we have the foundation to move Pyreos to the next level of growth."

Pyreos was founded in 2007 by Jeff Wright, Carsten Giebeler and Scott Freeborn, who wanted to target a growing opportunity for advanced infrared sensor array technology in gas detection, motion sensing and spectroscopy.

The company runs a class 10 clean room operation at the SMC, with Freeborn now VP of operations and Giebeler acting as CTO.

Prior to joining Pyreos, Baxter had been CEO of the fingerprint identification specialist Validity until its $255 million acquisition by touch-screen technology firm Synaptics in November 2013. Prior to that, he was the CEO at Centrality Communications, before it was acquired by SiRF.