The pan-European PolyBright FP7 project, which had the objective of extending the process limits of laser polymer welding with high-brilliance beam sources, has presented its final results.

Three laser welding prototype machines based on fiber lasers have been developed, two of which will be exhibited from October 16-23 at the K 2013 plastic trade fair in Düsseldorf, Germany.

The first prototype is a high-flexible dynamic mask welding unit developed by Leister Technologies, Switzerland, which is described as “a real novelty in laser polymer welding”, since it allows the weld contour to change within minutes due to its application of a Liquid-Crystal-on-Silicon (LCoS) reflective mirror.

The second welder is described as a “scanner + axes” QSLW machine developed by Cencorp, Finland, which allows to the application of a range of laser contour welding methods (contour, contour TWIST, or quasi-simultaneous) along a large working area, depending on conditions (above mid).

The third machine is the TWIST prototype developed by a German partnership of Arges, IPG Photonics and the Fraunhofer ILT. 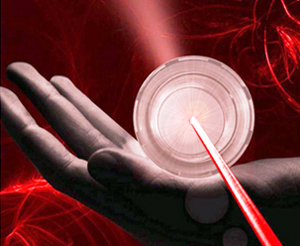 The Dynamic Mask as well as the Quasi-Simultaneous prototype will be exhibited during this K 2013 in October in Düsseldorf, Germany. The PolyBright project partners will present their results on booth 07 C03, in Hall 7, among the “Science Campus” exhibitors.

The Polybright project commenced in October 2010 with 18 partners from nine countries and will complete in October 2013. The aim of the project was to develop high power high brilliance lasers with new wavelengths between 1500 and 1900 nm, to be adapted to the absorption properties of polymers. The European Commission allocated €6.6 million of public funding to this project, which had an overall budget of €10.2 million.