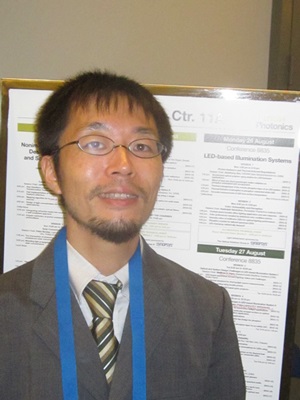 by Ford Burkhart
For auto headlamps, as with most lighting, the future is LED. But while engineers are working out problems with cost, brightness and luminous efficacy, it will be several years before the technology is widespread.

For one feature - the adaptive driving beam, or ADB, which allows patterns of partial dimming - the US National Highway Traffic Safety Administration is still conducting a study.

NHTSA said it has met with representatives of the lighting committee of the Society of Automotive Engineers (SAE International) on ADBs. These headlighting systems have only recently begun to appear on new vehicle models outside the US market, and the agency says it is “interested in gathering information about how they operate to ensure they do not degrade motor vehicle safety in any way”.

NHTSA said Toyota has asked it to modify the lighting standard to permit ADBs, and NHTSA is still reviewing that request and will seek comment. The agency added that it plans to conduct research on the adaptive headlighting systems this year.

Headlamp makers like Koito Manufacturing are among those promoting the ADB concept, which allows a car to partially dim its lights, to avoid or reduce glare for oncoming drivers or during overtaking, while maintaining bright light on both sides of the road.

“In the future the ADB will be accepted in the US market…I hope,” said Takayuki Yagi, deputy manager at Koito Manufacturing’s research lab in Tokyo. The firm is Japan’s largest maker of auto headlamps. “The ADB is a useful technology to improve safety and visibility range, without producing glare to other drivers.” 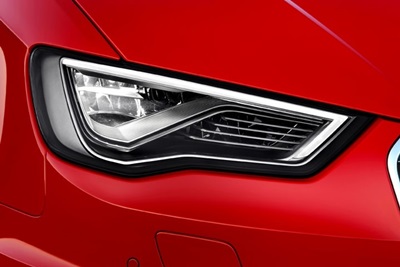 Glare issue
But LEDs will not replace halogen any time soon, Yagi added. “That will await cost reduction efforts, and that could take quite a few years, in fact many years,” he predicted when speaking on the subject at the SPIE Optics and Photonics Symposium held in San Diego last month.

The glare problem is one faced by all headlamps, whether conventional or LED, and Koito itself makes all varieties including halogen, high-intensity discharge (HID), and LED versions.

The company, which made the first LED headlamp in 2007, says that the new technology now offers a level of energy saving and extended lifespans that will one day see it replace the more conventional forms. But much more work is needed to bring down costs, admitted Yagi.

In the US, the market share of LEDs is only a small fraction of new cars, but market penetration is more advanced in Japan, where Koito projects a share of 30 percent by 2017.

It also projects that HID headlamps will be replaced worldwide by LEDs by the end of this decade. “To replace halogen, we have to cut the costs, and that’s very tough work,” Yagi said.

Koito’s LED headlamps include models with a novel feature, using optics that swivel as the car turns corners and curves, intended to improve safety by lighting up dark zones that remain unlit with conventional fixed beams.

In San Diego, Yagi used a video to show the point-of-view of a driver overtaking another car. The adaptive driving beam partially dims the lights to avoid glare hitting the rear-view mirror of the car ahead. The same video showed how the car’s high beam would dim automatically as another car approached.

Luminous flux improved
Yagi added that in Koito’s 2013 model, the fourth generation of its LED headlamps, the Japanese company has increased the luminous flux to 1,400 lumens per package.

That is the result of using LEDs with a 25 percent improvement in optoelectronic efficiency compared to its previous version, he said.

Its first production LED headlamp had a power consumption of 50 W and weighed 1.6 kg for a low beam unit. By 2011, those figures had been reduced to 25 W and 400 grams respectively.

Koito’s LED headlamps have already featured in Lexus series production models, including the LS600h, for several years, and the company produced the very first auto headlamp featuring the LED low-beam function that is now standard in many more models around the world.