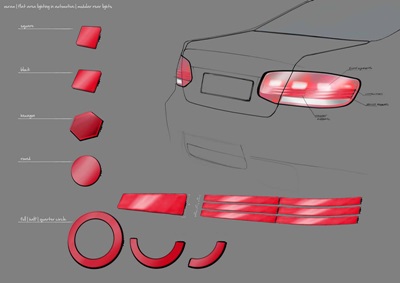 Osram says that it will start offering organic LED products for automotive lighting applications as soon as 2014, and expects series production of vehicles featuring the technology by 2016 – at the latest.

The lighting giant made the announcement in advance of the Frankfurt International Motor Show, which runs for ten days starting September 12.

Ulrich Eisele, head of the company’s OLED effort, said in an official statement: “We have essentially achieved road suitability for our OLEDs this year and will be offering initial special equipment based on OLEDs next year. In 2016 at the latest, we expect to see OLEDs used in series production of new vehicles.”

The development comes after Osram overcame one of the most significant technical challenges holding up the commercialization of the technology - namely temperature stability. At the critical point of 85°C, the OLED devices are now said to last for several hundred hours.

While another ten-fold improvement in lifetime is still required for the technology to be truly viable, Osram says it has already come up with specific designs for automotive applications in collaboration with UnternehmerTUM, the center for innovation and business creation at the Technische Universität München.

Small obstacles
“After a further year of research, the remaining obstacles regarding serial production are small,” claims Eisele. Because they are surface light sources, Osram sees OLEDs as ideal for rear light fixtures, and the technology should offer a wealth of lightweight, flexible new design possibilities for those applications.

Osram unveiled a demonstrator at last year’s “electronica” trade fair. This year it will present a successor technology that it says meets the requirements for road traffic in brake lights too.

The OLED rear light fixture will also be showcased at the tenth “International Symposium on Automotive Lighting” taking place in Darmstadt at the end of this month.

In July, Osram said that it was one of six German companies working to improve the lifetime and efficiency of OLEDs, which still lags behind conventional inorganic LEDs, under the German Federal Ministry for Education and Research (BMBF) funded “OLYMP” project.

Running through September 2015 and with total funding of €34 million, the project also features lighting firms BJB, LEDON OLED Lighting and TRILUX, as well as the chemicals giant Merck and Osram’s own Opto Semiconductors subsidiary.

Osram first launched pilot production of OLEDs almost exactly two years ago, following a cumulative investment of around €50 million over the preceding five years. Thus far, the technology has tended to appear only in high-end lighting products, due to its high expense.