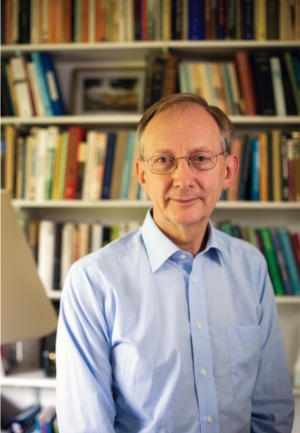 Having been involved in research for more than 45 years, Pendry’s interests have spanned the theory of surfaces and low-energy diffraction, X-ray spectroscopy and, more recently, metamaterials. It is his work on the theory of metamaterials, the "perfect lens" and transformation optics that have led to popular imaginings of 3D invisibility cloaks.

Professor Sir Peter Knight, IOP’s President, said, "In his illustrious career, John has revolutionised the way physicists think of materials and, in particular, the way materials react to light. His theories have inspired experimentalists around the world to design metamaterial devices, including, of course, the highly-anticipated invisibility cloak."

IOP also announced its Gold medals and other awards for distinguished research in a selection of subjects, for outstanding contributions at an early stage in a physicist’s career and for achievement in physics education and outreach.

This year’s Gold medal winners included Professor Stephen Mark Barnett from the University of Strathclyde for his contributions to optics research. He was presented with the 2013 Dirac medal.

IOP recognised Barnett "for his wide ranging contributions throughout optics research, which both inspire and lead experimental endeavours". He was described by IOP as, "one of the leading theoretical physicists in the UK today. His work has had a great impact on our understanding of light and matter. Furthermore, he has made game-changing contributions to quantum optics and its application to information processing."

Barnett’s most famous achievement is the formulation of the phase operator for light. This was a major step, since it resolved the various different formulations that had been argued about for decades into a clear and coherent framework.

The full list of IOP award winners, including early career, education and outreach awards, can be found on the IOP website.