Plan to power Europe with PV generated in the Sahara is hit by management in-fighting. 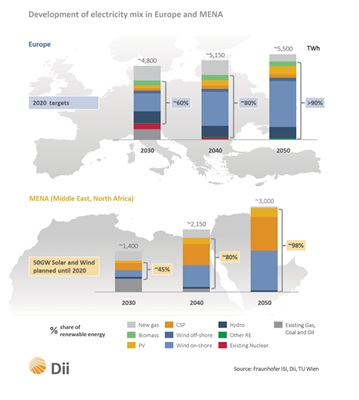 The Desertec Foundation, a non-profit body behind an ambitious plan to power Europe with solar electricity generated in the deserts of Africa and the Middle East, has quit from the industrial partnership that had been set up to implement the idea.

The organization issued a statement announcing that it had terminated its membership of the Dii GmbH consortium.

According to Desertec, the action was agreed upon unanimously by its supervisory board and board of directors at an extraordinary meeting that took place on June 27.

Dii, short for "Desertec Industrial Initiative", was formed back in 2009, as a cooperation between many large commercial power utilities, financiers and PV specialists, with the long-term goal of implementing the Desertec concept in Europe, North Africa and the Middle East.

Along with the likes of big-hitters ABB, E-ON, Deutsche Bank and First Solar, Desertec is listed as a shareholder in the industrial consortium, but it now appears that a falling-out with Dii’s senior management prompted the split.

Desertec said that it took the action as a result of “many irresolvable disputes in the area of future strategies, obligations and their communication”. Last but not least, it added, was the managerial style of Dii’s “top management”.

“Desertec Foundation also wants to avoid being dragged into the maelstrom of negative publicity about the management crisis and disorientation of the industrial consortium,” stated the group, which emerged from a concept first developed by a network of scientists, politicians and economists seeking practical ways to combat global warming with alternative energy sources.

Resentment
Exactly whose managerial style is to blame was not specified by Desertec, though questions will inevitably be asked of CEO Paul van Son and managing director Aglaia Wieland. Van Son was previously an executive at Siemens, but the German engineering giant itself withdrew from Dii last November.

“It was always clear to us that our idea of producing electricity from the deserts was never an easy task and will always face extreme challenges,” the statement continued. “The employees of Dii have contributed enormously to the global transition towards renewable energy. However, after many months filled with a lot of discussions we had to conclude that the Desertec Foundation needs to preserve its independence,” added Thiemo Gropp, the foundation's director.

“This is why Dii and Desertec Foundation will go separate ways which does not exclude future cooperation.” 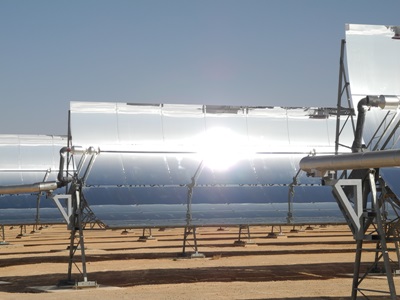 Action plan calls for €50 million commitment
At the time of writing, Dii was yet to respond to the foundation’s withdrawal. Last month, the industrial consortium released an “action plan” suggesting that desert power was “becoming a reality”.

“The countries of North Africa and the Middle East have renewable energy plans to build up to 50 GW by 2020, to which the industrial initiative Dii has made concrete proposals on appropriate sites,” it said, adding:

“In March of this year, Abu Dhabi put the largest solar thermal plant in the world into full operation with 100MW capacity. In May 2013 Morocco broke ground in Ouarzazate on the construction of 500MW as part of their national solar plan. Saudi Arabia has launched a program aimed at providing for the construction of more than 40GW of solar over the next 20 years.”

Dii said that it wanted European countries to create a development fund to finance some twenty early-stage desert power projects, estimating that €50 million should be committed to the plan.

But with first Siemens and now the consortium’s founding partner withdrawing their involvement, the ambitious plans drawn up by Dii look to be in serious doubt - and, at the very least, it looks like it will need a new name.

While the Dii consortium may continue working on the concept, the Desertec Foundation asserted in its statement that it was the sole owner of the brand name “DESERTEC”.