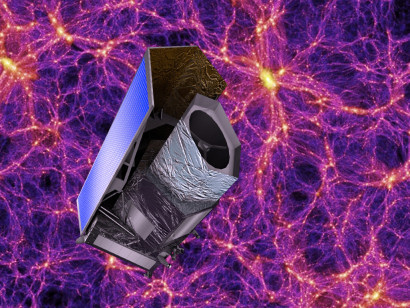 e2v has been awarded a €10m ($13m) contract to deliver CCD imaging sensors for the European Space Agency's Euclid space science mission. The contract follows the successful development contract awarded to e2v in 2010. The company said the revenue will be realised over the five years to 2018.

The Euclid project satellite is expected to launch in 2020 and during a six-year mission in orbit it will survey up to two billion galaxies, to better understand the expanding geometry of the universe.

Euclid is an ESA mission to map the geometry of the dark Universe. The mission will investigate the distance-redshift relationship and the evolution of cosmic structures by measuring shapes and “red shifts” of galaxies and clusters of galaxies, in research that is equivalent to looking back in time 10 billion years. In this way, Euclid is expected to will cover the entire period over which dark energy has played a significant role in accelerating the expansion of the universe.

Weak gravitational lensing requires extremely high image quality to measure the true distortions by gravity. e2v’s image sensors will form the visible focal plane array in the Euclid space telescope. The CCDs will be large area back illuminated devices optimised for 550-920nm. The devices will be manufactured for close-buttability to minimise dead area in the focal plane and reduce the telescope size, mass and cost.

Once launched, the satellite will orbit the sun 1.5 million km beyond the earth for a period of five years. During that time the extra-galactic sky will be surveyed, which accounts for about half of the full sky, excluding the Milky Way.

The mission is in a competitive definition phase with two other ESA Cosmic Vision programmes: Solar Orbiter and Plato, for which e2v has also won a development contract. e2v imaging Marketing and Applications Manager, Jon Kemp said, “e2v is excited to be developing a new high performance image sensor for ESA’s Euclid mission."

Keith Attwood, CEO added, "This contract win demonstrates the depth and strength of the partnership e2v has with ESA and the broader European space industry." 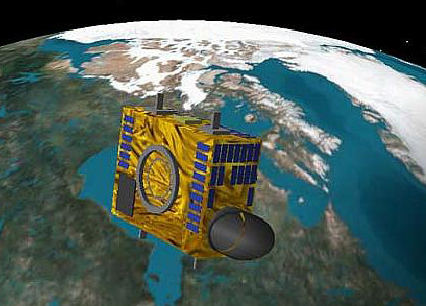 In orbit: e2v’s imaging sensors were also carried on NEOSSat.

Satellite sensing In February 2013, e2v’s high performance imaging sensors were launched into space on board NEOSSat, a Canadian microsatellite mission to discover and determine orbits of near-earth objects (NEOs) that cannot be efficiently detected from the ground.

NEOSSat is jointly funded by the Canadian Space Agency (CSA) and by Defence Research and Development Canada (DRDC), an agency of the Department of National Defence.

The imager on board NEOSSat consists of two e2v CCD47-20 sensors, which have a mid-band coating for optimum quantum efficiency and use a frame transfer system for faster readouts of captured images, allowing e2v to avoid using a shutter. The detector arrays are comprised of 1024x1024 pixels with a 13µm pitch, making it suitable for monitoring orbital space.

e2v has its headquarters in the UK, employs approximately 1650 people, has design and production facilities across Europe and North America, and has a global network of sales and technical support offices. For the year ended March 2012, e2v reported sales of £235m and is listed on the London Stock Exchange.