Layoffs and cuts to working hours in Northvale and Sarasota expected save company more than $650,000 annually. 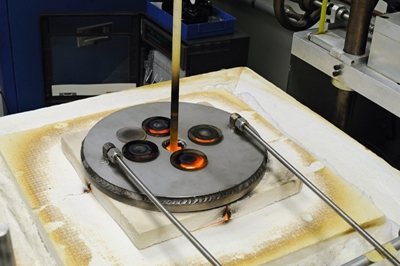 Laser crystal and precision photonic component maker Inrad Optics has laid off eight employees and cut working hours at its production facilities in Northvale, New Jersey and Sarasota in Florida, the company announced.

Representing a workforce reduction of 9%, the measures are expected to cost the firm $105,000 in the current financial quarter, but save some $658,000 in ongoing annual expenses.

The move comes after Inrad swung from a profit to a loss in recent quarters, while the company also has long-term debts of $2.5 million on its balance sheet.

In a statement, CEO Amy Eskilson said: “[Inrad Optics] has made some very difficult decisions in regard to the reduction in force. This action will allow us to meet all our customers’ needs in a more cost effective manner. As we move forward, we will continue to look for additional opportunities to reduce costs and improve processes. Our product development and production capabilities remain intact.”

Inrad’s most recent quarterly financial results, released in November 2012 and covering the three months that ended September 30, 2012, showed that the company had swung to a net loss of $0.28 million after sales decreased 13% year-on-year to $2.9 million. That compared with a small profit made during the same period in 2011 and brought net losses for the first nine months of 2012 to $0.76 million.

At the time, Inrad said that the lower sales in 2012 were mainly due to a decrease in shipments to customers in the defense and process control and metrology markets.

Those declines had been partially offset by an increase in shipments to laser systems customers, but the ongoing weakness in the US defense sector is likely to be exacerbated following last week’s sequestration cuts.

The good news for Inrad is that the maturity date of the $2.5 million debt it holds, in the form of two convertible promissory notes bearing interest at a rate of 6%, was last year extended from April 1, 2013 to April 1, 2015.