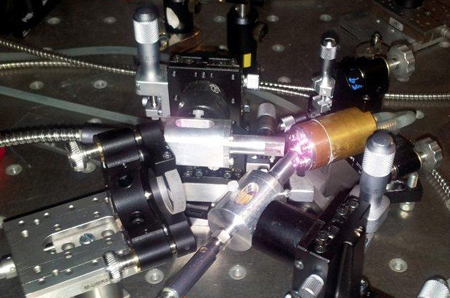 Applications of and different design approaches to the rapidly-emerging field of high power diode lasers were reviewed at a conference hosted in parallel with October’s Photonex Expo held in Coventry, UK. The two-day, four-section conference was sponsored by the Scottish Chapter of the IEEE and supported by diode laser maker Dilas, EPIC, the European Industry Consortium and Photonics 21.

Introducing the first session – Novel high brightness laser diodes – Prof. Eric Larkins, Nottingham University, commented, “Didode lasers have come a long way in the last 25 years and in particular in the past couple of years at MIT and spin-out company Teradiode, with their development of kilowatt class models. These are opening up the industrial laser market to this technology to the point where a serious question now is how diode lasers will fare going head-to-head with fiber lasers.” 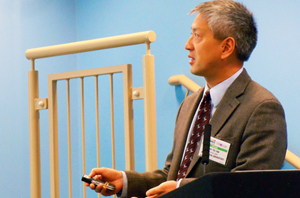 “There is continuing interest in increasing the power and beam quality of diode laser sources for a variety of applications – including materials processing, pumping, power transmission, and illumination. One approach is to continue to develop improved lasers with higher power and good beam quality. Another approach, particularly relevant to semiconductor and fiber lasers, is to beam-combine large arrays of lasers.

“Beam combining has become increasing viable over the past decade as the community has developed a better understanding of the requirements imposed by beam combining, and various implementations have been successfully demonstrated in the laboratory. These implementations are now entering the marketplace and seeing commercial applications.”

Fan added that diode laser beam combining is now “a viable way to scale power beyond the limits of a single beam – hundreds of elements have been both wavelength and coherently combined. However scaling to thousands of elements is still posing many challenges and there are plenty of opportunities for innovation.” 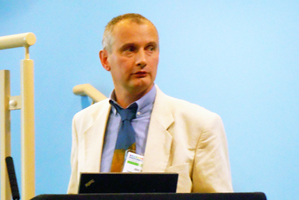 “A high output power and a good beam quality are required for the application of diode lasers to materials processing. One way to increase the output power is spectral beam combining, which can be achieved by the monolithic integration of Bragg gratings into the chips. This is a promising way to reduce fabrication costs in comparison to the utilization of volume Bragg gratings."

The Ferdinand Braun Institute is a member of the three-year Brilliant Industrial Diode Laser (BRIDLE, 2012+) consortium project, which is seeking to develop an affordable direct diode laser source for materials processing.

Fricke concluded, “The implementation of surface gratings, etched by reactive ion etching, offers the possibility of developing sources for spectral beam combining using a fabrication process compatible with laser diode fabrication steps. Our future work is focused on the improving the conversion efficiency by adjusting optimal reflectivity of these devices. A reduction of the Bragg order to 40 should increase the power range with single-mode operation.” 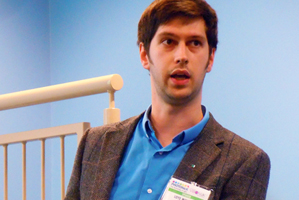 He said, “Ultrashort pulse generation of SDLs has been demonstrated at kilowatt peak power and multi-watt average power, by making use of the broad gain spectrum. In combination with semiconductor saturable absorbers, following a similar design and growth process, a range of wavelengths can be achieved.

“These systems can be used for supercontinuum generation, biomedical imaging and a range of nonlinear optical applications that require high peak-powers and short pulse durations. The power scaling of SDLs opens up a range of new applications that have been brought about by thermal and structural management of the gain medium and reduced cost and increased availability of high-power diode lasers.”