French physicist receives award for quantum entanglement work, part of which resolved a historic debate between Einstein and Bohr. 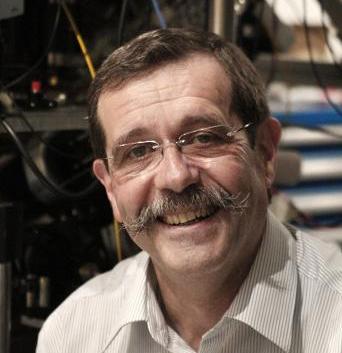 Alain Aspect, rewarded for work on optical and atomic physics.

To mark the 100th anniversary of Niels Bohr's revolutionary atomic model, the Danish Academy of Engineers - in association with the Niels Bohr Institute and The Royal Danish Society of Sciences and Letters this week awarded the Niels Bohr Medal to prominent French physicist Alain Aspect.

The prestigious medal was presented on 7 October at a special event at Niels Bohr’s former home, the Honorary Residence at the Carlsberg Academy in Copenhagen, attended by the Queen of Denmark and Prince Consort.

The citation says that Professor Aspect, who is regarded as an outstanding and prominent figure in the field of optical and atomic physics, has been awarded the medal for his experiments regarding the Bell’s inequalities tests,

His work is considered to be an important contribution to settling the historic debate between Albert Einstein and Niels Bohr and a significant demonstration of the intriguing character of entanglement, which is now at the root of quantum information research.

Professor Aspect is Augustin Fresnel professor and CNRS researcher at the French Institut d'Optique and Professor at Ecole Polytechnique. In addition to his research, Alain Aspect is known as a noteworthy lecturer whose research group has for many years played host to promising young researchers from across the world.

The Niels Bohr Medal is an international award which aims to honour a scientist or engineer who has made a significant contribution to the peaceful use of nuclear energy. The medal was instituted by the Society of Engineers in 1955, and has been awarded only ten times in the period from 1955 to 1982, mostly for basic research in atomic physics. 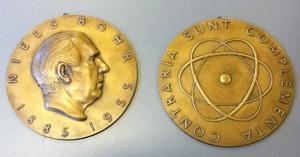 In connection with the 100th anniversary of the publication of Bohr's atomic model, the Danish Academy of Engineers has decided, in collaboration with the Niels Bohr Institute and the Royal Danish Academy of Sciences and Letters, to once again award the medal to an internationally recognized active researcher whose work is connected to the work of Niels Bohr.