Iridex beats guidance thanks to uptick in laser sales 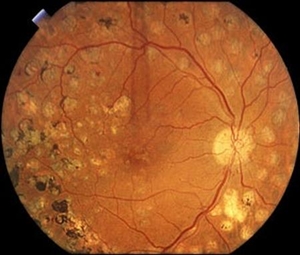 Iridex, the California-based provider of light-based ophthalmology products, says that sales outstripped expectations in the closing quarter of 2012 – thanks to the popularity of new laser systems.

The company reported preliminary revenues of approximately $9.2 million for the three-month period, and $33.8 million for fiscal year 2012.

“Revenues in the fourth quarter exceeded the high end of prior guidance and were driven by a healthy uptick in sales of laser systems,” it announced. Management had earlier projected revenues to be between $8.4 million and $8.7 million in the 2012 fourth quarter.

CEO William Moore added: "We were very pleased to see strong sales growth in the fourth quarter of 2012 driven by increased demand for our laser systems, especially the IQ532 system with MicroPulse technology, which has been the central focus of recent marketing campaigns.” The pulsed green laser technology is used in selective coagulation of blood vessels in the retina as a treatment for diabetic retinopathy

Licensing deal
The only downside of the stronger-than-anticipated demand for new systems is that it has shifted Iridex’s overall product mix toward capital equipment and away from its higher-margin consumables. As a result, the firm says that gross margins for the 2012 fourth quarter will now be below the guidance range of 49% to 51%.

Iridex was boosted in the fourth quarter with both FDA 510(k) and Conformité Européenne (CE) clearances of its “TxCell” scanning laser delivery system, and says it has begun shipping orders. The system is designed to speed up a variety of laser photocoagulation procedures, including those using MicroPulse.

Back in November, the company also signed a licensing deal with France-headquartered Quantel Medical that gives Quantel access to the MicroPulse laser technology.

At the time, Quantel Medical’s CEO Jean-Marc Gendre said: "By aligning our market strategies with another industry leader, we believe the ophthalmic community will have greater access to MicroPulse technology, helping to improve the standard of care for retinal diseases. We also believe that this collaboration will be the most efficient method to standardize MicroPulse clinical protocols for our customers."

That deal builds on an existing licensing agreement with Alcon, under which the healthcare giant distributes Iridex’s consumable products used in retinal vitrectomy procedures. That was part of a strategy designed to increase the proportion of consumables revenues within Iridex’s overall sales.