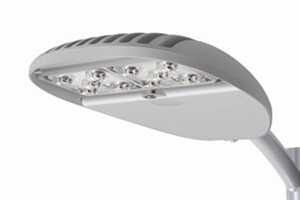 LED and solid-state lighting (SSL) specialist Cree has posted a sharp increase in both sales and profit in its latest financial quarter, a result that sent the US company’s share price soaring nearly 20% in early trading on January 23.

The Durham, North Carolina, firm, a long-time leader in the manufacture of leading-edge LED chips with the industry’s highest figures for white-light efficacy, posted record sales of $346.3 million for the three months that ended December 30.

That represented a 14% increase from the equivalent period last year, while at $36.9 million its non-GAAP net income was up 29%.

Product innovation continues
In an investor call, Chuck Swoboda reiterated the company’s priorities for the current fiscal year: these include accelerating LED lighting adoption; growing LED component sales; and translating product innovation into higher profit margins of the sort that the company had enjoyed prior to the rapid expansion of LED chip manufacturing in south-east Asia over the past couple of years.

In recent weeks the company has continued to push the boundaries of white LED and SSL performance, announcing record-breaking production “MK-R” chips with an efficacy of 200 lumens per watt.

That was followed by a 1000 lumen downlight with an efficacy of 90 lumens per watt – 50% more efficient than competing fluorescent lamps – and a new “XSP” streetlight designed to replace high-pressure sodium lamps and offering a claimed 100 lumens per watt.

“LED lighting is not an incremental improvement for the lighting industry,” Swoboda added. “It is a completely new way to deliver light – an LED lighting revolution.” The CEO also said that Cree was focused on reducing the cost of the technology as much as improving sheer lighting performance metrics.

And while many commentators have focused on the impact and price of LED lighting in retail markets (in 2010 Cree launched a $50 LED replacement downlight via Home Depot), Swoboda says that although retail products offer a good marketing vehicle for SSL, it is industrial markets that offer the best opportunities for the company to make money.

“The math’s the math,” he told investors. “The biggest market for LED lighting is going to be commercial industrial. It’s 80% of the market.”