Bringing Raman techniques within practical reach for diagnosis could have huge clinical impact. 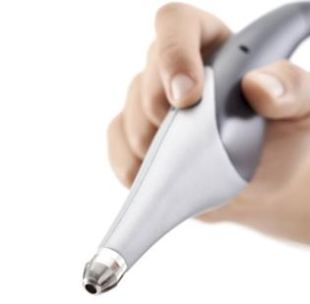 Incidence rates of skin cancer continue to rise rapidly in many countries, even as those of some other cancers fall.

Now Verisante, a Vancouver-based developer of systems for the early detection of cancer, believes it has brought Raman spectroscopy to bear on the problem in a commercially viable and effective platform, and one with applicability to other forms of cancer too.

"Several research groups around the world have been working on applying Raman spectroscopy to the detection of different cancers, and that effort is ongoing," said Verisante CEO Thomas Braun. "But none have gone to the commercialization stage before now."

The first Verisante product is Aura, which uses a hand-held probe to help clinicians determine the malignancy or otherwise of skin lesions. It has been developed by Verisante in collaboration with Vancouver's BC Cancer Agency (BCCA) and the University of British Columbia (UBC), and refined at the Skin Care Centre of Vancouver General Hospital (VGH).

Identify the markers
The potential value of Raman spectroscopy in characterizing whether a lesion is cancerous or not has been known for some time. Raman spectra arise from molecular vibrations of various tissue molecules and their chemical bonds, and a transition from healthy to cancerous tissue induces changes in chemical structure which are registered in the spectra.

"Rather than taking a new technology and trying to make work for cancer, BCCA first started by characterizing lesions and healthy tissue, and identifying the relevant spectral markers that differentiated one from the other," said Braun. "Once they had the markers characterized, they then looked for the best existing tech to do the job, and chose Raman spectroscopy. That methodology had the advantage of not trying to design a cancer-detection technology from scratch."

Aura delivers its 785 nm light via a hand-held probe, illuminating a 3.5 mm-diameter patch of skin. The resulting signal, a mix of Raman scattering signal and tissue autofluorescence, is sent to a spectrometer for spectral analysis and comparison with those in a database containing examples of melanoma and other skin diseases.

"One technical challenge was the make the process fast enough to be practical," commented Braun. "The work at BCCA, led by Haishan Zeng, developed a means of reducing the integration time to 0.5 seconds. It uses a bundle of fibers in order to collect more of the reflected infrared signal, as well as specific software methods designed to speed the analysis up. In use it produces a result practically in real time."

Clinical trials carried out at BCCH and published in the journal Cancer Research showed Aura delivering sensitivities of 95 to 99 percent and specificity of 24 percent on average when applied to skin lesions.

But unlike some other diagnostic approaches, Aura is not inherently limited to melanomas, and can detect the more numerous basal cell and squamous cell skin cancers as well. Braun commented that the company's Raman platform may also prove valuable when cancer is not involved, such as in classifying different forms of psoriasis once the relevant spectral algorithms have been produced.

Aura has already been approved for sale in Canada, the EU and Australia, positioned as an adjunct device assisting clinicians in their biopsy decisions. Braun expects a full product launch in 2013. Once it is brought to market, Verisante's revenue streams from Aura will ultimately include sales of single-use disposable calibration tips for the Aura probe and fees from service contracts, in addition to revenue from sales of the machine itself. 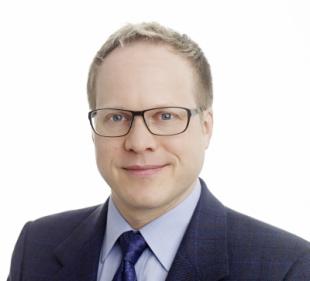 Applying to internal cancers
Other cancers are now also in Verisante's sights. Building the same Raman spectroscopy platform into a probe suitable for reaching internal organs has enabled the development of the Verisante Core, targeted at the early detection of lung cancer.

In the Core instrument, a fiber optic catheter 1.8 mm in diameter is passed through the instrument channel of a bronchoscope, allowing a Raman spectrum to be taken from an area of interest under the guidance of the clinician observing down the instrument's optical channel.

In trials at VGH, Core was able to return in vivo Raman spectra in 1 second. Preneoplastic lesions, often a precursor to a tumor, were detected with a sensitivity of 96 percent and a specificity of 91 percent, when the Raman spectroscopy analysis was allied to the standard autofluorescence techniques used to initially characterize potential areas of concern.

"In dealing with skin cancer there can be 40 different types of lesion in ten different types of skin, as well as complicating factors such as skin condition and the presence of hair or oil. In comparison, lung cancer can be relatively straightforward," commented Braun. "There are fewer varieties of the disease and the background tissue is relatively homogeneous."

Braun indicated that further results from Core trials would be presented at Photonics West in February 2013, and Verisante will be pursuing regulatory approvals on a pathway similar to that followed for the Aura system.

Having incorporated Raman spectroscopy into an endoscope instrument, the same platform could now be applied to other cancers elsewhere in the body. Verisante has rights to exploit its technology for the diagnosis of cancers in the gastrointestinal tract, including stomach and esophageal cancer, as well as for cervical cancer. But clinical trials for these will take time; at present the company is focused on the Aura and Core systems.

The advantage of Vancouver
"It's clear to me that this technology could not have been developed in this fashion anywhere else in Canada other than Vancouver, because of the nature of the ties between BCCA and VGH and their proximity," said Braun.

"Here you have a giant cancer agency that has treated several million patients and has expertise going back 50 years, adjacent to the UBC Faculty of Medicine and the Department of Dermatology. VGH is also a teaching hospital, and personnel are cross-appointed between the research and clinical sides. Our Principal Investigator in the lung cancer study is just such a cross-appointed senior scientist in the BCCA imaging lab; our PI for skin cancer is head of the only full dermatology department in Canada. This is a level of collaboration that in my experience only exists in similar fashion between Harvard Medical School and Massachusetts General Hospital."

• Verisante and the Aura probe are nominees in the Prism Awards for photonics innovation, in the Life Sciences and Biophotonics category. The winners will be announced at Photonics West in February 2013.