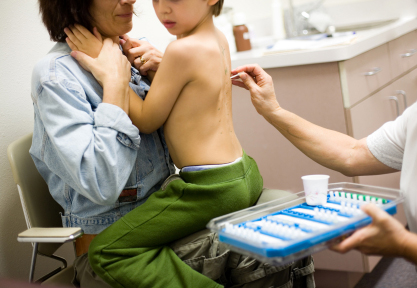 Researchers at the Institute of Materials Science of the Universitat de València, Spain, working with various European companies and institutions, are developing a system based on photonic biosensors for better, more rapid diagnosis of food allergies.

The EU-funded POSITIVE project is aiming to develop a low-cost instrument which, in 15 minutes and from a single drop of blood, will perform effective allergy tests, potentially for hundreds of foods simultaneously and without any risk to patients.

Undiagnosed food allergies and unsuitable diets are factors that can significantly reduce people’s quality of life, and even cause death in extreme cases. More than 15 million people in Europe suffer from food allergies, including 6% of children, and this number grows progressively with great social and economic costs.

"Currently, the most common allergy tests are expensive tests and especially traumatic for children, as well as pose a risk of adverse reactions," says Daniel Hill, coordinator of POSITIVE- as the project is called - and researcher at the Universitat de València. "Beyond the project, the idea is to be able to put a food allergy diagnostic instrument that is fast, effective and safe in the surgery of every paediatrician, so that they can test during the first few years of life.”

The incorporated technology will on one hand allow the analysis from just one drop of blood, overcoming the frequently troublesome blood sampling issue, and on the other provide much greater information for a more precise diagnosis. 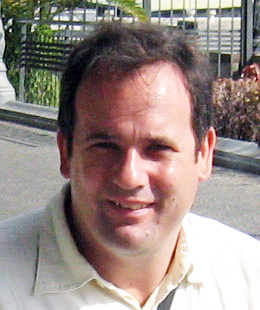 POSITIVE is a multidisciplinary project focused on the development of a system of high-tech biosensors oriented to the recognition of biomolecules symptomatic of allergic reactions to food from patients. The system combines different technology components, some of which are reported in various scientific journals (such as IEEE Photonics, 4, 3, 986, Lab on Chip: 2012,12, 3032-3035), that demonstrate multiple applications in different fields such as, for example, analysis of blood markers or filter laboratories.

The system will be finished by February 2013 and will include elements such as a fluidically compatible porous membrane with biosensor functions, the first polymeric material developed especially for microfluidic devices, a new module for filtering blood that solves certain problems and improves on previous systems, a more stable measuring instrument, and a disposable cartridge for the detection of biomolecules responsible for allergic reactions.

According to Daniel Hill, the instrument will be ready to begin clinical trials with patients from June, and testing will take place at the Hospital of the Universitätsmedizin Berlin, Germany. "According to our calculations, from the bioassays using non-human molecule samples, the final prototype will be able to detect up to ten different food allergy measurements," he says. "The objective, once the project has ended, is to build a commercial instrument capable of detecting all food allergies at the same time, quickly, safely and at a very low cost."

The other companies and institutions of POSITIVE include: the Centre Suisse d'Electronique et microtechnique, SA-CSEM (Switzerland), Farfield Group Limited (UK), Phylogene (France), Charité-Universitätsmedizin Berlin (Germany), Universita Degli Studi di Trento (Italy), Consiglio Nazionale delle Ricerche, Milan (Italy) and Kungliga Tekniska Hoegskolan (Sweden).  The POSITIVE project is being followed by the world leader in this sector: Phadia, a division of the multinational Thermo-Fischer, who from the beginning has shown interest in the development of the technology.