US to invest millions in laser detection of IEDs 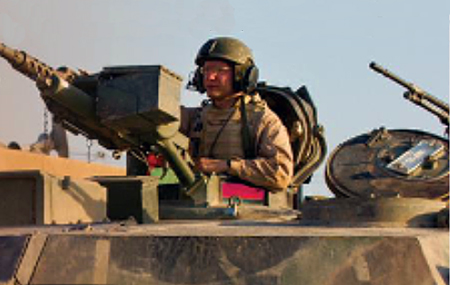 Under the contract, Block will adapt its LaserScan spectrometer to remotely detect recently dug up soil, which is a possible indicator of a buried explosive hazard, also known as an improvised explosive device (IED).

Daniel Cavicchio, Block's Executive Chairman, commented, “This contract brings our total product development awards over the past few months from the Department of Defense to over $7.8 million. Awards have come from multiple branches of DOD all related to Block's capabilities to detect substances from a standoff distance. These capabilities include Block's LaserScan product, which uses widely tunable quantum cascade lasers, and our Porthos, which uses a compact rugged FTIR spectrometer.”

Petros Kotidis, Block's CEO added, “Buried IEDs have been a major cause of death to American and allied troops in our theaters of operations. Although techniques exist to find buried objects, the LaserScan will provide the soldier with another important tool to avoid triggering IEDs.

"The new contract will enable us to miniaturize and ruggedize to military specs the LaserScan so it can be used by soldiers on foot. Eventually the product will also be mounted on ground vehicles, including small robots, to aid route clearance operations and protect military convoys.”

To support JIEDDO, the contract will be managed by the US Army's Night Vision and Electronics Sensors Directorate, based in Ft. Belvoir, VA, USA, and the Sentel Corporation, in Alexandria, VA. 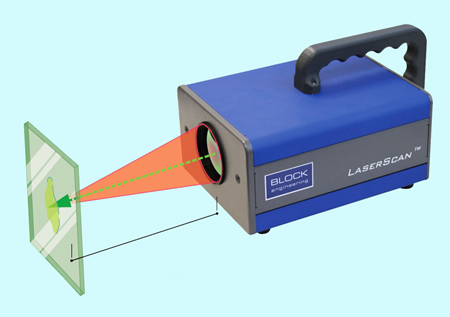 The miniaturized LaserScan, equipped with different recognition software, will also have wide applicability in a number of commercial applications, such as pharmaceutical cleaning validation, analysis of surface layers, detection of residual silicone, oils and lubricants, real-time, on-line monitoring of heterogeneous catalysis and tribology.

LaserScan has attracted high interest from commercial customers as well as from the US Department of Defense for detection of explosives and liquid/solid chemical warfare agents. In addition, Block MEMS is developing a revolutionary MEMS-based, miniaturized spectrometer, ChemPem, which is a low cost, FTIR chemical gas detector the size of a fountain pen.

Founded in 1956, Block Engineering, LLC is a developer of quantum cascade lasers and FTIR spectrometers for diverse applications. Its range of high sensitivity QCL-based spectrometers, including the LaserScan Analyzer, are used in, as examples, non-contact pharmaceutical cleaning validation, control of manufacturing operations and verification of surface conditions in a variety of industrial processes as well as for detection of explosives.