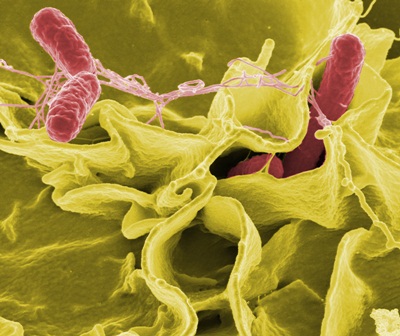 Illumina, the San Diego company that has developed rapid genome sequencing technology based – in part – on detection using photonics technologies, has agreed a multi-million-dollar contract to help track future outbreaks of bacteria responsible for food poisoning in the US.

Under a five-year agreement with the US Food & Drug Administration (FDA) worth up to $17 million, Illumina will provide the agency with a number of its “MiSeq” sequencing systems and related materials to build additional analytical capacity.

Outbreaks of the more harmful strains of E.coli and Salmonella and related infections can be extremely harmful to human health, sometimes proving fatal, and the FDA wants to collect data that it sees as crucial for tracking the source of future outbreaks.

Last year, infections caused by a very rare strain of E.coli in Germany resulted in 852 patients developing hemolytic uremic syndrome (HUS), a form of kidney failure, as a result of an outbreak first linked to consumption of raw sprouts. Of those HUS cases, 32 patients subsequently died before the source of outbreak was eventually identified by the European Food Safety Authority as a rogue batch of fenugreek seeds exported from Egypt.

High-speed sequencing
Illumina says that conventional molecular typing tools lack the resolution to differentiate tightly linked bacterial isolates, meaning that they can only provide limited genetic differentiation of certain strains - such as Salmonella.

“MiSeq is ideally suited for screening bacterial pathogens due in part to its speed, simple workflow, high resolution, and accuracy, which enhance the ability to identify close related bacterial isolates,” claimed the company in a statement announcing the FDA deal.

The MiSeq systems rely on a wide range of different technologies to first fragment and purify DNA samples, before clusters of the genome base sequences are generated and prepared for high-throughput screening through an amplification step.

In the sequencing step, base sequences are then identified partly by the addition of fluorescent labels that are probed with a pair of green and red LEDs emitting at 530 nm and 660 nm.

Using the technology, the FDA’s national and state laboratories will be able to generate high-quality whole genome sequences from historical pathogen collections, as well as bacteria collected from produce sources across the country.

Sequencing data will then be uploaded in real-time to the National Center for Biotechnology Information (NCBI) curated database, adding power to the database’s source tracking capability. The data will serve as an early proof-of-concept for rapid networking of resources to enable pathogen detection, identification and traceback, Illumina says.

The company boasts of offering the fastest turnaround time of any “next-generation” genome sequencing system, including a total workflow time of 8.5 hours.

Earlier this year, the San Diego firm was the subject of a hostile takeover bid by the pharmaceutical giant Roche. Illumina’s management successfully urged shareholders to reject the approaches of the Swiss firm, arguing that the bid of $51 per share was “grossly inadequate” and did not reflect what they saw as the likely future growth of the company. On September 18, the day of he FDA announcement, the firm's stock price opened trading at $47.70.