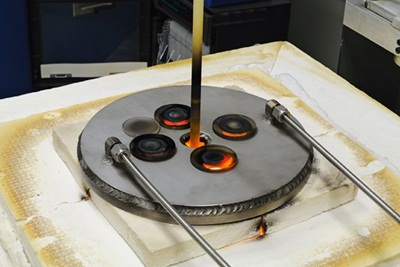 Amy Eskilson is set to take over as president and CEO of precision optical component maker Inrad Optics, after the current chief Joe Rutherford announced that he is to retire at the end of September 2012.

Rutherford has been in charge at Inrad for the past four years and has overseen a focus on debt reduction and a change in brand identity during that time. Earlier this year, the Northvale, NJ, company adopted its original name, having been known as “Photonic Products Group” since 2003.

In a statement announcing his retirement, Rutherford said: “I have thoroughly enjoyed leading the Inrad Optics organization these past four years. I am also pleased to transfer the leadership role to a seasoned professional with a tremendous track record in our industry.”

Of his replacement, the outgoing CEO said: “During the past year, Amy has demonstrated her skills as a strong leader and an excellent communicator. She has a solid understanding of the photonics industry and is a passionate 'customer first' advocate.”

Eskilson joined Inrad in February 2011 as the company’s VP of sales and marketing, following ten years as director of business development at the photonics component and system supplier Thorlabs. She has also worked at the start-ups Nova Phase, Menlo Systems, and Idesta Quantum Electronics.

Eskilson, who will receive a salary of $180,000 in her new role, said: "I am excited to lead the Inrad Optics organization. I am honored to have the confidence of the board, and to be part of an organization so rich with talent and capability.”

Strategic investment in thin-film kit
Rutherford had led Inrad through a tricky period in which US defense spending – one of the company’s major sources of revenue - has been in a general decline. More recently, the downturn in spending in the semiconductor industry has added further pressure to the company’s bottom line.

Although in April 2012 Inrad posted its first annual profit in three years, since then it has slipped back into the red. Last month the company said that during the first six months of 2012 it made a loss of $0.5 million on revenues of $5.7 million.

That revenue figure represented an 11.5% decline on the first half of 2011, which Inrad attributed to lower sales to three key customers, one commercial and two in the defense sector.

Although sales of laser crystals and related components were up strongly year-over-year, that was not enough to offset a decline within the company’s larger optical components division, which specializes in high-end custom optics manufacturing and thin-film coatings expertise.

Rutherford said at the time that the sales decline was the result of “continued delays in customer orders and slower than expected demand”, though he also pointed out that bookings in the year-to-date were up slightly on 2011. 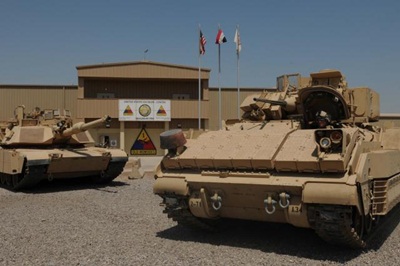 Inrad’s debt position will be one of the key challenges facing Eskilson, although the company has once again been able to roll over its long-standing loan notes worth an aggregate $2.5 million. Agreed with majority shareholder Clarex Ltd and Welland Ltd nearly a decade ago, the convertible promissory notes accrue interest at 6% and had been due for repayment next April, but that date has now been pushed back to April 2015.

Just last month, Inrad also agreed a new five-year loan with Valley National Bank in Wayne, NJ, worth $750,000. The company is using the cash for strategic investment in new thin-film coating equipment, upon which the loan will be secured.

Although retiring from the CEO role, Rutherford will remain with Inrad as a member of the firm’s board of directors. Eskilson will also take over as CEO of subsidiary MRC Precision Metal Optics on October 1.