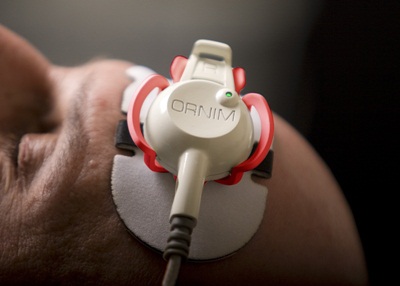 Israel-based Ornim, a company developing a novel optical device to monitor blood flow and oxygen saturation, has received a major vote of confidence with the completion of a $20 million round of equity financing.

That series B round, led by healthcare investment specialist OrbiMed Israel, also featured a contribution from GE’s “healthymagination” equity fund, which is jointly managed by GE Capital and GE Healthcare.

The investors say that the new funding will help to accelerate the development of Ornim’s “CerOx” device, which is now expected to reach a commercial launch within the next 18 months.

Following the funding, Ornim also now has an experienced new CEO in the form of previous ITGI Medical and Itamar Medical chief Israel Schreiber. In a statement announcing the funding, Schreiber said:

“The relationship with GE, a world leader in patient monitoring, alongside OrbiMed, one of the largest healthcare venture capital fund managers, provides important benefits, including an in-depth understanding of the market as well as vast operational and marketing experience.”

$4 billion market by 2018
Ornim’s CTO and co-founder Michal Balberg told optics.org that the US market alone for patient monitoring systems is expected to grow to $4 billion by 2018, with the potential brain and tissue monitoring portion of that worth approximately $1.3 billion.

Balberg and her colleagues have developed CerOx, a combined infrared spectroscopy and ultrasonic device that enables clinicians to monitor two critical variables in adult patients independently: regional hemoglobin and oxygen saturation in the brain or other deep tissue; and microcirculation blood flow.

Maintaining adequate blood flow and oxygenation are two of the most important clinical goals in critical patient care, and full measurements of both variables can only be done today using multiple, usually invasive, devices.

"There is a strong clinical need to provide accurate, multi-parameter, continuous monitoring of blood flow in the brain that is both non-invasive and cost-effective," say Ornim and its investors.

While other companies such as US-based Masimo Corporation do sell optical monitors known as pulse oximeters that are capable of yielding a signal indicating brain oxygen saturation, these devices do not also measure blood flow.

“Ornim’s signals can differentiate the effect of blood flow from the effect of local changes in the color of haemoglobin, and thus from oxygen saturation,” Balberg added. She highlights a recent study published in the journal Neurocritical Care that assessed the potential suitability of the CerOx device for use in intensive care units in tests on ten healthy volunteers.

The CTO added that the change in blood flow detected by the device could occur before a later change in oxygen saturation in certain clinical situations, meaning that CerOx may sometimes provide an early warning to physicians.

The CerOx technology is based on measuring back-scattered near-infrared light from deep tissues such as the brain, and analyzing the portion of the light signal that is tagged by ultrasound. Balberg says that the resulting device is the only FDA-approved monitor that is capable of discerning changes in blood flow independent of regional oxygen saturation for deep tissues such as the brain.

According to Ornim’s recent US patent 8,108,022, in which Balberg is listed as an inventor, such a device could use two different wavelengths of light provided by laser diodes emitting in the red/near-infrared region to generate the required optical signal.

The company’s near-term priorities now involve transferring the CerOx into production and establishing a sales and marketing team prior to a full commercial launch – expected in both the US and Europe within 18 months.