Prism Awards: get those entries in

The deadline for the 2012-2013 Prism Awards expires at end of September. 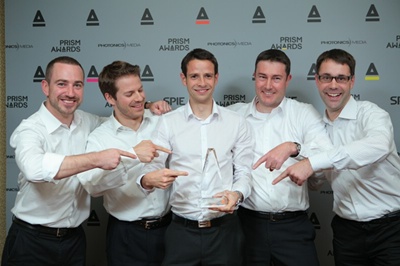 If you’ve developed a photonic product that breaks with convention, solves a long-standing problem or improves life in general, now is your chance to tell the world all about it by entering the 2012-2013 Prism Awards.

Any photonic products that have been sold, delivered, or launched between 1 January and 31 December 2012 are eligible for the self-styled "Oscars" of the photonics industry, which are organized by optics.org owner SPIE in collaboration with Photonics Media.

However, time is running out. Entries for the 2012-2013 awards are now being accepted through the end of September (though the Prisms web site states September 14, SPIE assures us that the end of the month is the final deadline). Entrants will then be shortlisted, and the winners will be presented with their gongs at a gala dinner taking place during the Photonics West 2013 conference and trade show in San Francisco next year.

Making your application is straightforward: simply point your browser here and fill in the online form. This year, eleven different categories are available. They are:

All entries will be scrutinized by a multinational, independent judging panel comprising senior scientists, engineers and entrepreneurs, including experts from Lockheed-Martin, the private equity firm Intellectual Ventures and the US Air Force among others. The panel will select winners for each of the eleven technology categories. The Prism Awards will be presented on February 6, 2013.

Previous winners
Previous Prism winners of have gone on to great success since picking up their trophies. Perhaps most notably the optical coherence tomography pioneer Light Lab Imaging - winner in the "life Sciences and biophotonics" category at the 2009 awards - was subsequently acquired for $90 million by the healthcare giant St Jude Medical.

The most recent set of winners included a number of SMEs, including the French ultrafast fiber laser company Amplitudes Systèmes, Swiss component developer Optotune and the Germany-based microscopy specialist WITec.

Amplitudes Systèmes has since agreed a €30 million round of private equity financing, to aid an international expansion, and opened a new laboratory in Paris to further develop its femtosecond laser sources.