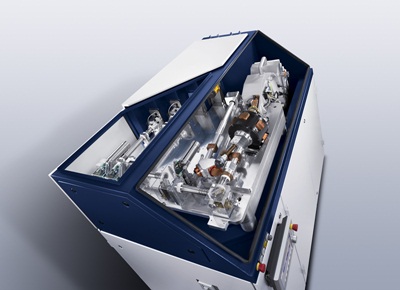 The German laser company Trumpf is to supply the car maker BMW with 14 of its “TruDisk” lasers, with shipments scheduled to begin this October.

Trumpf says that the laser units will feature a variety of beam characteristics to meet a range of different applications including conventional welding and robot-assisted remote machining. The company told optics.org that BMW will be using 4 kW units in a networked configuration that helps to cut manufacturing downtime.

The BMW order, which will see the 14 lasers installed at a single factory for body-in-white welding and other uses, underlines the relative strength of the automotive market’s demand for new lasers - even at a time when wider macroeconomic trends are putting many other markets under pressure.

Last week, both Rofin-Sinar and IPG Photonics said that automotive manufacturing remained a strong driver for lasers, with Rofin reporting rapid year-over-year growth for the application and IPG suggesting that the industry’s adoption of new materials would see that trend accelerate.

High strength steel: good for lasers
Examples of that include the use of hot-formed and high-strength steels and aluminum in cars, although there is a divergence of opinion on whether lasers will ultimately be the tools of choice for working with aluminum, because of difficulties with joining the metal to steel.

Trumpf told optics.org that key trends in automotive manufacturing were towards weight savings and safety, which is why more hot-formed steel is being used in cars. Lasers have an advantage over traditional cutting tools here, because they are not affected by the additional hardness of the metal, whereas mechanical cutters wear out more quickly.

And with western car makers moving copy-exact production to new factory locations in China, demand for lasers is also increasing there.

Last month, Trumpf announced that it had made record sales of €2.33 billion in its fiscal year 2011/2012, which ended on June 30, up 15% from the prior year and eclipsing the company’s previous best-ever result from the pre-recession year of 2007/8.

Although the family-owned Ditzingen company is yet to reveal how much of that increase was due to higher laser sales specifically, the strong results posted by publicly-listed rivals such as IPG and Rofin over a similar period suggest that lasers did account for much of the growth.

Trumpf’s president Nicola Leibinger-Kammüller added that orders and profits had also risen on the previous year, and that the company had created more than 1000 jobs during the 2011/2012 period, bringing its total employee count to 9600. The company is due to present its full results for the year on October 18.

More power for EuroBlech show
Trumpf also says that it will show off a range of industrial laser innovations at the forthcoming EuroBlech trade show for the sheet metalworking industry, which will take place in Hanover in late October. And although the auto industry appears to be moving increasingly towards 1 µm laser tools in the form of disk and fiber designs, Trumpf still sees plenty of scope for innovation with CO2 lasers.

The company says that it will demonstrate cutting of stainless steel up to 50 mm thick with its TruFlow 8000, an 8 kW CO2 laser, and improved edge quality for two-dimensional laser cutting with its “BrightLine” option for 20-25 mm-thick stainless steel.

“The higher laser output is intended especially for shops that work stainless steel and aluminum,” Trumpf said. “A machine with an 8 kW laser can slice through aluminum sheets up to 25 mm thick. That is 5 mm more than the same machine with 6 kW of laser power.”

The company adds that for materials thicker than 10 mm the new lasers will be up to 33% faster for fusion cutting applications.