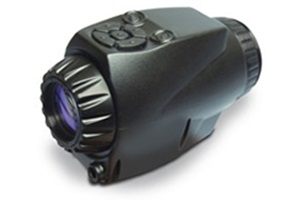 Intevac Photonics, the optics-focused subsidiary of the Californian vacuum equipment firm, has reported a record-breaking level of orders and backlog for its latest financial quarter.

While the main Intevac business is faced by a slowdown in demand for manufacturing tools as its key market - the hard-disk industry - goes through a soft period, the photonics division has won major backing from the US Army.

A recent $10 million order from the US Army to transition low-light cameras for night-vision to the manufacturing stage and to produce initial lots for the Apache helicopter fleet made up more than half of the total $19 million orders that Intevac Photonics registered in the quarter.

That compares with quarterly sales of $6.7 million for the business division in the second quarter of fiscal 2012, comprised of $3.2 million from ongoing research and development contracts, and $3.6 million from product sales – and indicating the significance of the Apache deal.

But that deal could become a much larger one in the longer term, according to Drew Brugal, the general manager of Intevac Photonics and a former US Navy captain. He told an investor conference call:

“The US Army intends to fit the entire Apache fleet with our [night vision] camera, making the total program potentially in excess of $50 million over the next five-to-seven years.”

UAV potential
Intevac Photonics’ night-vision camera currently appears on Northrop Grumman’s “Lightning” platform, but a new version under development could see its role expanded to a variety of other systems, including the unmanned aerial vehicles (UAVs) that are playing an increasingly important role in surveillance, reconnaissance and warfare.

The company added that it was now able to manufacture its night-vision products with higher yields, helping to improve operating margins in what looks to be shaping up as a tricky period of trading.

That’s because Intevac’s main business remains the sale of production vacuum equipment to manufacturers of hard-disk drives, a technology area that is in the midst of a slump. More recently, Intevac has diversified into equipment designed to increase solar cell efficiencies through ion implantation and a plasma process to replace wet-etch texturing.

Intevac CEO Kevin Fairbairn said that despite the current problems in the photovoltaics industry, which has seen widespread consolidation and company insolvencies in recent months, overall the production of solar cells was still increasing and that there was still a major business opportunity for the firm.

Increasing PV cell and module conversion efficiency is regarded as one of the most critical requirements for the industry, and improving silicon doping through ion implantation is one way to do that for traditional cells. However, Fairbairn says that existing ion implanter equipment used in semiconductor manufacturing applications is too complex and expensive for cell makers, leaving a gap in the market for Intevac to exploit.