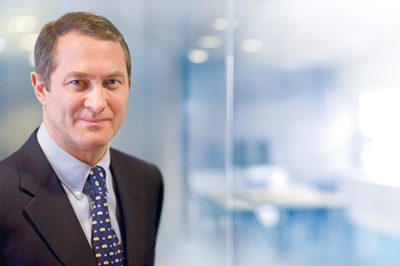 Intel is set to acquire up to a 15% equity stake in the semiconductor equipment specialist ASML, as part of a wider agreement that will see cash poured into the development of extreme ultraviolet (EUV) lithography.

According to a joint statement by the two companies, Intel will commit $1 billion (€829 million) to ASML’s research and development efforts, including $680 million in an initial phase to accelerate the migration from current 300 mm wafer production (12-inch) to 450 mm (18-inch).

The second phase of R&D investments, expected to be worth $320 million over five years, will be aimed at future generations of EUV lithography tools.

“The objective is to shorten the schedule for deploying the lithography equipment supporting these technologies by as much as two years,” said Intel and ASML. Part of the deal includes Intel’s commitment to advanced purchase orders for 450 mm and EUV development and production tools.

In addition to the development funding, Intel is set to take an initial 10% stake in ASML (at a value of $2.1 billion) in the first phase of the agreement, increasing to 15% through phase two.

All in all, the deal is valued at some $4.1 billion. Both phases of the investment remain subject to regulatory approval, while phase two still requires the assent of ASML’s shareholders – who will vote on the proposal in the third quarter.

Advances in lithography – largely enabled by a variety of photonics technologies ranging from light sources to focusing optics – are responsible for much of the productivity improvement witnessed in silicon chip production over past decades.

Brian Krzanich, Intel’s COO, said in the companies’ joint statement: “The transition from one wafer size to the next has historically delivered a 30-40 percent reduction in die cost and we expect the shift from today’s standard 300 mm wafers to larger 450 mm wafers to offer similar benefits.”

“This investment will reinforce EUV technology development and enable 450 mm prototype systems as early as 2015,” he added.

More customers set to join
Intel is likely to be joined by other leading semiconductor makers in similar agreements with the lithography firm. ASML says that it intends to sell up to a 25% aggregate stake in the company in total, and that other customers are currently evaluating their options. TSMC and Samsung are among the other likely participants, and are in discussions with ASML currently.

“We welcome Intel as the first customer to agree to contribute to these investments, the results of which will be available to every semiconductor manufacturer with no restrictions,” said Eric Meurice, the CEO of ASML. "We hope to be able to announce additional investments by our other customers in the coming weeks."

“At the end of the day, this is done as a way to secure Moore’s law,” Meurice added, stressing that the technology development would proceed on an open basis. “There is no privilege to our [investing] customers, except that their investment is compensated by the equity.”

Announced as the annual Semicon West trade show kicked off in San Francisco, the agreement between Intel and ASML should provide a major boost for laser manufacturers – not least Germany’s Trumpf, whose carbon dioxide lasers are set to feature widely in the laser-driven EUV light sources that are a key element of the next-generation lithography systems.

Technical problems have beset the development of EUV sources up until now, although recent progress suggests that commercialization is at last within sight.

Meurice explained that the new investment promised by Intel will not affect short-term EUV development, which sees ASML committed to shipping production tools early next year and the implementation of EUV in large-scale production in semiconductor fabs by 2014.

"This is for the 2018 version [of EUV]," said the CEO, explaining that this tool would require more EUV power, larger optics and compatibility with both 300 mm and 450 mm wafer platforms.

The earlier-than-expected shift to production on larger wafers will also provide a long-term boost to laser firms such as Coherent and Newport, for whom the semiconductor industry accounts for a significant proportion of overall sales.

1000+ new engineers needed
In a presentation announcing the Intel deal, ASML’s senior management team highlighted that risk sharing among customers and suppliers was now a “necessity”, given the increasing complexity in technology and the financial hurdles to innovation.

Armed with the additional funding from its customers, ASML says that it will commit €1.38 billion (approx $1.7 billion) to its research and development activities over the next five years. Approximately €0.9 billion of that total will go towards its EUV efforts, and €0.5 billion to developing tools for 450 mm wafers.

Peter Wennink, ASML’s CFO, told an investor conference call that the agreements would help to spread the risk of developing next-generation technologies to reduce the cost of IC manufacturing, while ensuring a good return to shareholders.

He again emphasized the fact that there would be no restrictions on the use of products developed under the R&D programs part-funded by its customers, and added that the simultaneous development of tools for next-generation EUV and larger wafers will present “resource challenges”.

To meet the challenge, ASML expects that it will need to boost its engineering manpower by around 25% from current levels – equivalent to between 1000 and 1200 people on either flexible or fixed contracts.

Investment analysts responded positively to the agreement, with one on the ASML call - Marcel Achterberg from Petercam - describing it as a “brilliant move”, and following the announcement the value of ASML shares rose sharply on European exchanges.