Investment of €20 million and move to 200 mm wafers as the firm marks its tenth anniversary. 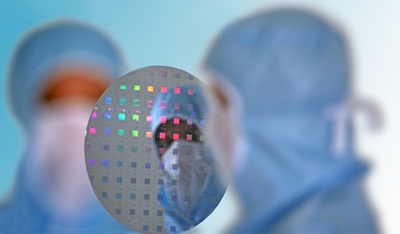 ULIS, the France-based manufacturer of uncooled infrared sensors for military, security and industrial applications, is to expand its production capacity dramatically, following a €20 million investment.

Coming as the company marks ten years in existence, ULIS is to build a brand new facility adjacent to its existing operations in Veurey-Voroize, near Grenoble. The new site should be up and running by the middle of next year, and will triple ULIS’ current manufacturing capacity, the company told optics.org.

As well as moving production from the existing 150 mm silicon CMOS process line to a 200 mm format, ULIS says that it will introduce a new series of low-cost infrared sensors that are designed to target the emerging commercial market for such devices – where it has identified a gap in supply.

The new process will also feature pixel-level and wafer-level packaging, helping to keep costs down through faster production.

Jean-François Delepau, ULIS’ managing director, says that the investment in a new state-of-the-art manufacturing facility will be instrumental in enabling the company to penetrate high-volume but price-sensitive markets such as the automotive sector and applications in monitoring energy efficiency.

“We have always aimed to be at the forefront of new infrared market developments,” Delepau said. “This €20 million investment is another major step in our growth. In particular, [it] will go a long way in boosting our penetration into emerging high-volume market areas, such as automotive and low-resolution sensors.”

As well as opening up new applications outside of the military and security markets that ULIS has prioritized until now, the new facility is expected to create around 30 jobs over the next three years. Back in 2002, the company had begun operations with 35 employees, and now has 140 staff.

Larger format: more functionality
As well as increasing production throughput and helping to reduce costs, the larger wafer format will enable ULIS to integrate greater functionality onto each infrared chip, which it says will in turn reduce device complexity. For example, by adding more memory for voltage reading, less tuning will be needed.

The company thinks that this will speed the adoption of infrared sensors in emerging commercial applications by making the technology simpler and more accessible for imaging system designers and camera makers, for example.

ULIS told optics.org that automotive applications – specifically the detection of pedestrians – and monitoring of energy loss in buildings would likely represent the two most important commercial uses for its uncooled sensors as the technology proliferates.

That should help add significantly to the firm’s sales revenues, which in 2011 grew to €45 million. ULIS says that it currently ranks as the number-two vendor of uncooled infrared sensors worldwide.

Evidence for the greater shift in emphasis towards commercial applications is provided by a recent market report from the analyst company Yole Developpement. It predicts that annual sales of uncooled infrared cameras should grow from 320,000 units in 2011 to 1.1 million units by 2017.

At the moment, military applications represent about 30% of the market – but that proportion will shrink to less than 15% as commercial demand accounts for the vast majority of market growth.