Merger of two existing networks seeks to accelerate adoption of photonics technologies, and starts out with ten members. 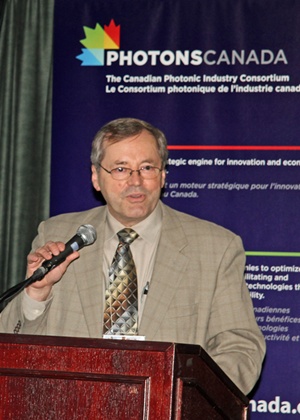 Two groups representing photonics in Canada have merged to form a new, industry-led consortium focused on the needs of the 450 companies that make up the country’s photonics sector.

Robert Corriveau, previously in charge of CIPI, founded the new group and will act as its CEO and president. So far, CPIC has ten inaugural members, ranging from industrial heavyweights to government institutions and SMEs.

“CPIC aims to provide Canadian photonics companies with an edge over competitors around the world,” Corriveau said. “We aim to help these firms fully capitalize on every facet of our national photonics innovation system.”

According to figures from CPIC, Canada’s 450 photonics-based companies together employ more than 20,000 people, and contributed C$4.4 billion to the Canadian economy in 2008. Since then, three-quarters of those firms have reported further growth in revenues, with more than half said to have increased their workforces.

Customer connections
CPIC says that it will help Canadian photonics companies gain access to financing, new technologies and specialist knowledge, while its first priority will be to connect them with prospective customers operating within six key industry sectors. Those sectors are: communications (where Canada historically boasted a very strong presence through Nortel Networks and JDSU); energy and lighting; life sciences and health care; defense and security; transport; and manufacturing.

One of the very first activities of the new network will be to host a workshop on a very specific application area – namely photonics in shipbuilding. The workshop is scheduled to take place in Halifax and Vancouver during October.

CPIC is aiming to double its membership to 20 by the end of this year, and is offering four levels of affiliation to interested parties. Seven of the ten inaugural CPIC group have signed on as “premier” members, at a cost of C$5000 per year – they are:

Other levels of membership include two “affiliate” levels, one for government organizations, universities and non-photonics companies (at C$1000 per year) and another for photonics SMEs (at C$500 per year). Individuals can also join CPIC, at a yearly cost of C$100.

Energy sector opportunities
One of the major aims of the new group is to broaden the reach and impact of photonics companies in the country by connecting with similar representative groups around the world, for example Europe’s Photonics 21, which now boasts thousands of members and is acknowledged for its influence within the European Commission. 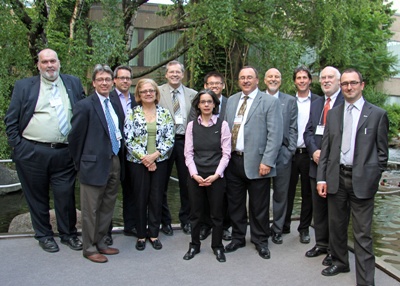 One area of industry where Canada has a natural strength is the oil and gas sector, and this is seen as a fertile opportunity for photonics technologies. In fact, the Petroleum Technology Alliance Canada (PTAC) organization has signed up to CPIC as an affiliate member, along with Edmonton-based Boreal Laser, which has developed tunable diode laser systems to detect and monitor hazardous gases generated in hydrocarbon fields, such as hydrogen sulfide.

John Tulip, Boreal’s technical director, said of the decision to sign up to CPIC: “With several purchase orders in the pipeline, we now aim to broaden our market reach and build a global business. CPIC’s networking and knowledge exchange will help us to identify and establish relationships with future customers in multiple sectors.”