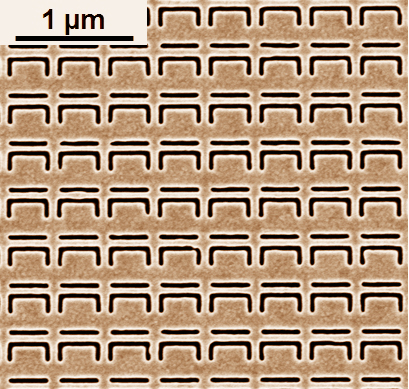 Researchers at the University of Southampton’s ORC have created an artificial material with seven orders of magnitude larger nonlinear optical activity than is found in any natural materials.

The work of the team over the past year, which was led by Prof. Nikolay Zheludev, now published in Nature Communications [3 833(2012)], catapults nonlinear optical activity from a barely detectable phenomenon to a major optical effect, with new potential for practical applications such as optical signal processing. The experiments themselves were conducted by Mengxin Ren.

Materials with a twisted structure, such as sugar solution and quartz, have the ability to rotate the plane of polarization of light, that is, optical activity. In the 1960s it was observed that such polarization rotation depends on the intensity of light, however, the effect of nonlinear optical activity in natural materials is typically very weak.

Metamaterials are artificial media with unusual functionalities resulting from structuring on a length-scale shorter than the wavelength of light. Seen as a key technology of the future, metamaterials research has grown rapidly in the past decade.

In an interview with optics.org Plum explained the background to the Research Group’s latest results: “Nonlinear optical activity, that is intensity-dependent rotation of the polarization state of light, was first observed in the 1970s, after the invention of the laser. However, until now it was an extremely weak effect, too small for practical applications even in spectroscopy. 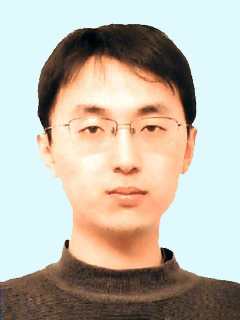 ”Although this first observation of exceptionally large nonlinear optical activity in metamaterials is mainly a fundamental result, it could form the basis for novel types of light modulators and optical signal processing. For example, our metamaterial will directly translate an intensity modulated optical signal into one that is polarization modulated.”

Plum added, “In this research, we combined two of our earlier key results to achieve the giant nonlinear optical activity that we have just reported”: (i) The discovery of giant linear optical activity (polarization rotation) in planar metamaterials, i.e. nanostructured metal films [Phys. Rev. Lett. 102, 113902 (2009)], and (ii) the observation that local field enhancement in resonant gold nanostructures can enhance their nonlinear response hundreds of times [Adv. Mater. 23, 5540 (2011)].

”Now one may argue that the light polarization cannot know whether to rotate left or right if it propagates through a material without a sense of twist. Not true!

”At oblique incidence the direction of the incident beam can break the symmetry of the experimental arrangement, making it chiral, and this can result in polarization rotation of tens of degrees in nanostructured metal films that are only tens of nanometers thick. With conventional optically active materials such as quartz this would require material thicknesses of about 0.1 mm or more.”

Plum: “We studied transmission through the metamaterial at oblique incidence using a femtosecond pulsed laser. Here we measured how the orientation of the transmitted polarization state depends on wavelength and intensity.”

Southampton’s Centre for Nanostructured Photonic Metamaterials, directed by Nikolay Zheludev, is at the heart of this development. Metamaterial nanostructures developed here have demonstrated unique functionalities relevant to all-optical data processing, super-resolution imaging and dynamic control over material properties, for example for optical switches, tunable filters and in principle even chameleon and camouflage surfaces.