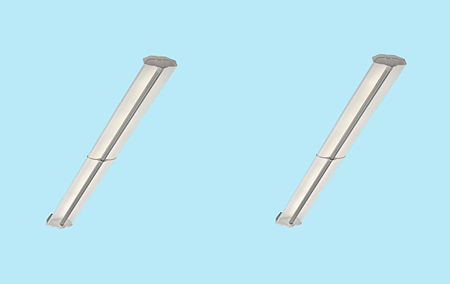 “The Cree CS Series luminaire is unlike any other suspended linear lighting on the market today,” commented Jason Curtis, principal of Cardinal Gibbons High School, Raleigh, NC, US. “We researched the LED market extensively and Cree offered us a solution that delivered high-quality lighting and easy payback. Since the new CS Series is designed for 75,000 hours of life, Cardinal Gibbons High School can benefit from ongoing operational savings due to decreased maintenance and lower energy consumption compared to the linear fluorescents we replaced.” 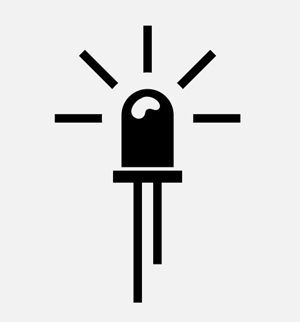 Cree and Noun Project's symbol for an LED.

“The LM-79-08 procedure has become a requirement for doing business in the solid state lighting market,” said Mark McClear, Cree’s director of global applications engineering. “TEMPO 24 includes a fully accredited LM-79 test, but goes well beyond this or any other current standards.

TEMPO 24 provides LED luminaire tests that are not offered by any other third-party testing facility. In addition to LM-79 testing which is an approved method for taking electrical and photometric measurements, TEMPO 24 testing includes binning and color point evaluation, chemical compatibility and TM-21 lifetime projection.

Cree and The Noun Project have released 15 new symbols for energy-efficient technologies, including LED lighting, which were designed during the recent Iconathon at the Cree campus in Durham. The symbols are now available for public download. 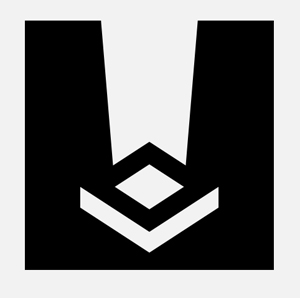 Symbol for a solid state source.

“By collaborating with The Noun Project, we now have a universal symbol that represents LED lighting, filling a significant void in the energy-efficient lighting landscape,” said Ginny Skalski, social media specialist, Cree. “As Cree continues leading the way for LED lighting adoption, this new icon will allow the public and the media to stop using antiquated Edison or swirly CFL bulb designs to symbolize lighting.”

All of the designs were discussed and critiqued to ensure the best iconic representation for each of the 15 energy-efficient technologies and concepts, including wind and solar farms and energy audits. The sketches were recently digitized and are now available for public use under a “Creative Commons” (free online sharing of resources) license.

“One of the core themes that emerged from the group discussions was that LED is a radically different light source from any of its predecessors,” said Boatman. “Therefore, we all felt it was appropriate and necessary to break free from any past ‘light bulb’ design elements. LED lighting needed to have its own distinct and identifiable mark.”

The Noun Project is a growing open sourced visual library of the symbols and icons that form the world’s visual language. The Noun Project organizes Iconathons around the country to collaboratively design new sets of civic symbols.