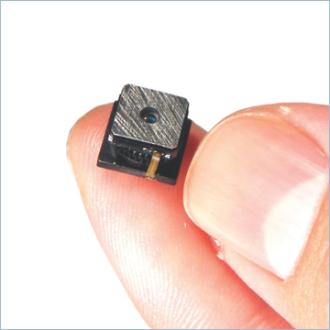 When Tessera reorganized its imaging and optics business in October 2010 and ceased further development of wafer-level optics, citing the failure of its licensing strategy to deliver sufficient results, then-CEO Hank Nothhaft was careful to note that the company's recently-acquired MEMS-based module technology still showed promise for future revenue streams.

Now the company has made its play to become a vertically integrated supplier of MEMS-based autofocus camera modules, through the acquisition of certain assets of Vista Point Technologies' camera-module manufacturing business from previous owner Flextronics for $23 million.

The tier-one assets in question are part of Flextronics's camera module business located in Zhuhai, China, and will become part of Tessera subsidiary DigitalOptics Corporation (DOC) when the deal is closed, which Tessera expects to happen later this year.

Flextronics will retain a portion of Vista Point Technologies assets, but stated that it would "repurpose them and focus engineering talent toward strengthening the company's ability to deliver manufacturing services."

Current Tessera CEO Robert Young described the deal to analysts as being: "a critical step in the strategy of transforming DOC from a supplier of image enhancement software and optical components, into a major provider of next-generation camera modules to the $9 billion market for mobile cameras. It gives us the capability needed to accelerate the market introduction of DOC's breakthrough technologies, and is the best way to address the requirements of tier-one OEM manufacturers."

He said that he expected the first design win for the autofocus camera module during the first half of 2012, with high-volume manufacturing of the modules to follow in the fourth quarter. The expectation is that DOC will realize a profit during fiscal 2013.

CEO Young indicated that Tessera will continue to engage with contract manufacturers in order the satisfy the dual-source requirements of the mobile phone sector, but that there were significant additional advantages from controlling its own manufacturing and supply chain.

"By pairing this manufacturing muscle with our differentiated technology, we gain the ability to enter a large global market quickly and with the potential to become a major player," he said.

Tessera also announced the first dividend in the company's history, a cash dividend of 10 cents per share per quarter starting in Q2 2012. The CEO commented that the initiation of a dividend reflected management's confidence in Tessera's long-term cash-generating ability and its near-term capital resources.

• poLight, the Norwegian wafer-level optics start-up, has announced a collaboration with Texas Instruments to produce the optical MEMS part of its TLens autofocus system in large volume.

In September 2011, poLight announced plans to scale up its production process through a partnership with US-based SVTC, and hinted that an unnamed larger volume manufacturer was preparing to ramp production in parallel.