No 'technology and innovation center' dedicated to UK photonics, but £10 M will be re-allocated to a new support program. 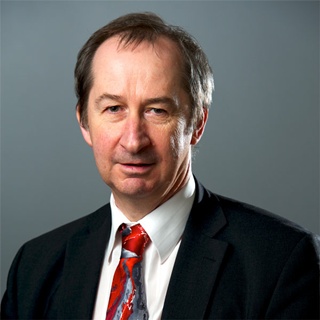 by Mike Hatcher and Matthew Peach
Neither photonics nor sensor systems has won selection as one of the seven dedicated “Catapult” centers that are being set up by the UK government to promote technology innovation and commercialization in the country.

The two technology areas had been shortlisted as candidates for a new, dedicated physical center as part of a selection process that kicked off more than a year ago. But, following a consultation period that began last summer, the UK Technology Strategy Board’s (TSB’s) selection of “future cities” and “transport systems” as the final two Catapult centers was revealed in the UK's coalition government’s 2012 budget announcement on March 21.

The decision confirms speculation in early January that hopes for a photonics Catapult were fading, partly through a lack of high-profile backing from industry.

Seven Catapult centers have now been selected, and the initial success of the approach will be evaluated before any decisions to fund further centers are made. Although it will not have its own dedicated center, photonics technology will feature to a greater or lesser degree in several of those that have been funded, the full list of which now reads:

The TSB decision means that instead of receiving a likely £50 million new funding boost over several years, and a focal point for commercial technology development, photonics will instead share in a £50 million pot of funding re-allocated from various TSB budgets – along with the four other short-listed technology areas that missed out on a dedicated Catapult center. Those other technology areas are sensor systems, smart grids, resource efficiency and complex systems.

Disconnect
This new photonics R&D support program will receive £10 million over the next three years, and its priority will be to improve the connections between those developing photonics technologies and those who could end up using that technology in commercial applications.

David Bott, the TSB’s director of innovations, told optics.org that this disconnect between technology developers and users was one of the major findings of the consultation with the photonics community. Bott added that the sheer diversity of photonics applications made it difficult to pin down a focused idea and make a compelling argument for a physical center with a photonics theme.

“Photonics and sensors are very important areas of research – the fact that they were in top ten [shortlist of] candidates recognizes their importance,” he said. “But consultation showed that there wasn’t a strong argument for a physical center to host either of them.”

“The over-arching message was that the photonics community feels it cannot gain access to [those developing] applications,” Bott added. “The TSB now feels better informed about that, and photonics and sensors in general, and feels that connecting photonics with applications in a more market-specific way is the best option to take forward.”

In reality, that is going to mean a relatively small re-allocation of cash from some existing photonics-related TSB programs, along with money from applications-focused budgets, such as healthcare, energy and building systems, to fund a series of six competitions in targeted photonics application areas over the next three years.

Photonics in healthcare competition
The first of those, to be announced “after Easter”, will be a £4 million “photonics in healthcare” competition, with others set to follow in areas such as energy, smart imaging systems and laser materials processing. A biophotonics competition set for the third quarter of 2012 will release a further £1.5 million from this program, suggesting that only £4.5 million from the pot will be left for the four competitions slated for 2013 and 2014.

Sensor systems, which overlaps with photonics to a significant degree, will also receive £10 million to meet the challenges highlighted in its consultation, which according to the TSB included integrating early-stage technology into systems and demonstrating the application of new technologies. The sensors community felt this to be a solid argument for its own Catapult center, but the TSB will instead fund an R&D program following further consultation with the UK defense sector.

Reaction
Inevitably, the decision not to fund a dedicated Catapult center has been met with disappointment by some in the UK photonics community – particularly when it is considered that Germany is committed to investing €100 million per year into photonics development, and the European Commission has selected the technology as one of only a handful of “key enabling technologies” set to be prioritized under the new Horizon 2020 innovation program.

“Now, why is it that Germany is leading the photonics market again?” was one dry but telling response to the decision. However, it is acknowledged that one problem with healthcare applications of photonics is access to the clinicians who would end up actually using the technologies developed – and it must be hoped that the TSB will successfully establish such connections with its new funding competitions.

Alastair Wilson, director for photonics at the Electronics, Sensors and Photonics Knowledge Transfer Network (ESPKTN), declined to comment directly on the TSB’s decision, although he pointed out that much of the activity within the seven chosen Catapults would depend substantially on many aspects of photonics research.

“Whether it’s high-resolution imaging, fiber-optic communications, or micro-scale materials treatments, photonics, lasers and associated technologies will have key parts to play in almost all of the activities of the new Catapults,” he told optics.org.

But given that the TSB clearly struggled to justify the selection of the final few Catapult centers, those drawing comparisons with the handsome photonics funding evident in Germany, and its prioritization at European level, will not only feel aggrieved, but point out that the UK may be missing an opportunity.

Mike Hatcher is the Editor in Chief and Matthew Peach is a Contributing Editor at optics.org.