Northrop Grumman and BAE Systems have won contracts for the technology development phase of the countermeasures program. 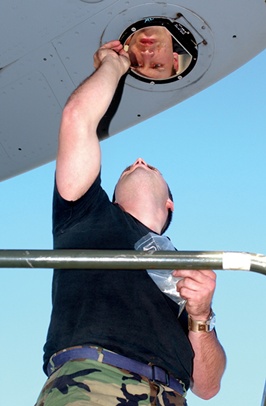 Two winning contractors for the next phase of the US Army's Common Infrared Countermeasure (CIRCM) program have been selected.

BAE Systems and Northrop Grumman have been awarded contracts for the program's Technology Development phase, which cover a twenty-one month period. The contracts include both Cost Plus Fixed Fee and Firm Fixed Price elements, and will utilize competitive prototyping.

The CIRCM program aims to develop a system able to protect aircraft from heat-seeking missiles, such as those launched from man-portable air defense systems (MANPADS).

Countermeasures technology is based on the use of a modulated source of infrared radiation that has a higher intensity than the infrared radiation coming from the target, which confuses the oncoming missile's tracking systems. Previous versions of countermeasure systems, such as direct IRCM (DIRCM), use conventional laser sources and have been widely deployed, but they tend to be too heavy for use in the majority of helicopters.

The goal of the CIRCM program is to develop a lighter and more portable system.

In 2010, the Army issued an initial request for proposals for CIRCMs, and among those to respond were Northrop, ITT, Lockheed Martin and Raytheon. The Department of Defense indicated in its 2012 budget that it envisaged a downselect to two or more winning contractors in early 2012, with Northrop Grumman and BAE Systems now named as the successful companies.

As reported previously on optics.org, Northrop Grumman has developed a solution based on quantum cascade lasers (QCLs), working alongside QCL specialist Daylight Solutions. In a statement about the CIRCM contract, Northrop Grumman announced that its award was worth $31.4 million, and named both Daylight Solutions and defense electronics specialist SELEX Galileo as its industry partners. It will deliver eight sets of test hardware in addition to three full ship sets.

BAE systems has stated that its winning contract was valued at $38 million and was for the Boldstroke system, its existing DIRCM infrared laser countermeasure.

Asked by optics.org about adapting the Boldstroke system for a CIRCM role and the precise nature of the laser technology involved, the company was non-committal. It said: "Laser technology is a core competency of ours, and our CIRCM solution will bring the best technology to bear on this program. We are committed to supporting the warfighter, and Boldstroke continues to evolve as we develop our technology."