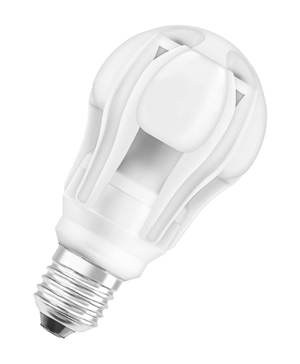 While Philips reports surging sales of LED lamps and Osram shapes up for a split from parent company Siemens to manage the transition to solid-state lighting, analysts at IMS Research predict that the market for LEDs will stall in just a few years.

Stewart Shinkwin is forecasting that despite the rapid uptake of SSL, the global market for packaged LEDs will decline in the second half of the decade. He says that with many LED end markets already saturated, the lighting sector will be the main driver of growth between now and 2020.

Currently, Shinkwin estimates the packaged LED market at approximately $10.9 billion, of which only $2.9 billion relates to lighting – though that proportion is rising quickly as LED lighting products drop in price.

All other LED sectors are worth around $8.0 billion combined, but key applications such as mobile handset and TV backlighting are now largely saturated, with any year-on-year market growth effectively canceled out by the typical annual fall in the average selling price of the devices, or “price erosion”.

Shinkwin reckons that the market for packaged LEDs used in lighting will double in dollar value between now and 2015, pushing the wider LED market to $13.5 billion – and suggesting that the non-lighting segment of the market will contract slightly to $7.7 billion over the same period.

Fewer replacements needed
Much more important than those figures, however, is a development within the lighting market meaning that shipments of LED lamps will effectively remain flat from 2015 onwards.

Shinkwin says: “This is mainly due to fewer replacements being required each year due to the longer lifetime of CFL and LED lamps reducing the overall market.”

With price erosion set to remain in double digit figures and no need for regular bulb replacements, the IMS projection is that packaged LED revenues will start to contract towards the end of the decade, after the general lighting market has peaked.

Whether or not that rather negative outlook comes to pass will depend largely on the rate at which LED lighting products are adopted by consumers. A recent report by management consultant firm McKinsey & Co noted that uptake of the technology had been faster than it initially predicted, largely because of faster-than-expected price erosion that has been driven by chip manufacturing overcapacity and growing competition.

Other technical innovations, such as production on larger wafers, or on silicon substrates, are expected to further reduce prices in the near future, likely accelerating that phenomenon.

IMS says that there are a number of factors that could change its outlook, notably if adoption is slower than predicted over the next three or four years. “In this alternative scenario, growth would be slower initially but could be maintained for a longer period throughout the decade,” it says. 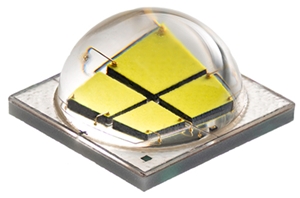 Pushing the boundaries
Another issue centers on the rate at which the key lumens-per-watt ratio continues to improve as the fundamental limits of LED chip technology are pushed and overcome.

One of the companies known for pushing those limits is US-based LED maker Cree, and last week it announced a new hike in performance for mass-produced emitters with its new “XM-L2” devices.

Depending on the precise nature of the white light that they produce, those chips deliver up to 186 lumens per watt under standard driving conditions, and are designed for very-high-brightness applications.

Quoted in Cree’s release announcing the commercial availability of the new chips Steve Walczak, director of engineering at US-based Sternberg Lighting, highlighted the cost-cutting impact that the new LEDs would have, saying:

“The XM-L2 LED efficiently delivers hundreds of lumens per LED, allowing us to significantly reduce the number of LEDs in our designs. By using fewer LEDs, we can simplify design and production, ultimately reducing cost without sacrificing light output or quality for our end customers.”

Cree has since pushed that performance yet further, releasing its new 200 lumens-per-watt MK-R LEDs (a figure reached when the chips are driven at low currents) for residential applications such as halogen replacements. Co-founder John Edmond calls that a "game-changer".

McKinsey’s market forecast suggests that 2015 will indeed be a key year for LED lighting in the residential sector. Aside from the impact of legislation and unforeseen events such as the Fukushima disaster, McKinsey’s authors write:

“Another vital metric has altered. LED prices have eroded more aggressively, pulling forward the payback time of LED lighting. The inflection point for LED retrofit bulbs in the residential segment, for example, is now likely to be around 2015.”

General lighting market growth
The acceleration of price erosion also prompted McKinsey to adjust its long-term forecast of the overall lighting market. It is now expected to reach a size of €83 billion in 2020 – down €5 billion on the consultancy firm’s earlier prediction.

Both the McKinsey and IMS Research analyses suggest that the transition to solid-state lighting will happen over a shorter, sharper period than had previously been expected – making it all the more difficult for the entrenched lighting giants of the world to cope with, but simultaneously presenting opportunities for others.

Outside of lighting, the TV sector presents the second-largest market for packaged LEDs. But IMS suggests that this market will grow only slightly from 2012 ($2.0 billion) to 2016 ($2.4 billion), with increased adoption of LEDs only just sufficient to overcome both the ongoing price erosion and the need for fewer LEDs per backlight unit – another trend that has been faster than previously expected.

“Average LEDs per LCD TV actually fell from 175 in the fourth quarter of 2011 to 137 in the first quarter of 2012,” said IMS. “This trend cannot continue at the same rate forever and innovations may cause more LEDs to be used in some cases. However the overall trend is for a slow decline.”