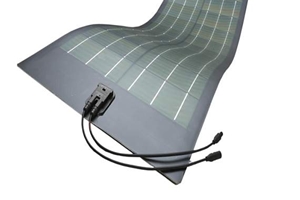 Tucson-based Global Solar Energy has taken some extreme cost-cutting measures in an attempt to preserve operations while its management continues to seek a rescue deal.

The company, which manufactures flexible photovoltaic panels based on copper indium gallium diselenide (CIGS) materials, said on December 12 that it had reduced its workforce by some 70% to preserve “operational and production flexibility”.

Most of the laid-off employees were working on Global Solar’s roofing product line. Key technical staff and management have been retained, as well as a production team focused on select customer orders, the firm said.

CEO Jeffrey Britt said of the drastic actions: “We continue to work toward a solution which will preserve Global Solar’s industry-leading CIGS technology and production capabilities. We have had a very strong level of investor interest which has been predicated on Global Solar’s high quality products and technological strength.”

The company’s flexible modules are said to have a conversion efficiency of between 10.5% and 12.6%, a figure that Global Solar has previously claimed as a world-best for this particular technology.

The lightweight panels are designed to be well-suited for flat industrial roofs, onto which Global Solar says they can be simply rolled - compared with the much heavier crystalline silicon panels that must be supported.

The company expanded from its Arizona base in 2011 with the production ramp of a module manufacturing facility in Berlin-Adlershof in Germany, but has struggled to fill its order books as the solar industry adjusts to new funding regimes in Europe and the ever-cheaper imports of crystalline silicon modules from China.

Earlier this year, Global Solar said that it was to sell off its profit-generating portable solar business in a bid to raise funds, although it has yet to announce any completed sale in a market that is littered with struggling rivals also looking for buyers.

The company was one of the first to develop CIGS modules, having been founded back in 1996 by UniSource and ITN Energy Systems.

• The UK's BBC News reported on December 11 that G24 Innovations (G24i), the Cardiff, UK, firm that had been aiming to ramp its dye-sensitized solar cells to production volumes, had entered administration.

Earlier this year, G24i signed a commercial deal with the computer peripherals giant Logitech, providing the cells in a light-powered keyboard for Apple's iPad tablets. In July, the company told optics.org that its approach had distinct advantages over the typically more sensitive organic PV technology developed by the likes of Konarka - but it now appears that this was not enough to save the company from administration.