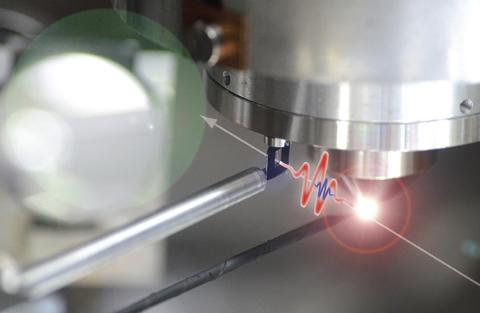 Attosecond observation of changes in the electronic properties of a dielectric induced by light pulses.

Furthermore, the work provided evidence that the fast oscillations of the electric field instantly alter the electrical and optical properties of the material, and that these changes can be reversed on a femtosecond (10-15s) time scale (Nature, same issue).

The experiments were carried out by researchers from MPQ, LMU, and Technical University Munich (Technische Universität München), in close cooperation with the theoretical group of Prof. Mark Stockman of Georgia State University, Atlanta, USA.

Materials can be grouped in three categories according to their electric properties: metals, which can provide free charge-carriers, that is electrons, under any conditions, and therefore conduct electricity when exposed to even small electric fields; in the second group, semiconductors, the charge carriers require a certain “energy kick” (activation) before they are able to move around freely.

The best silicon-based semiconductor components available today allow switching between “on” and “off” states typically at several billion times per second, i.e. at gigahertz-rates (1 GHz = 109 Hz). This corresponds to the frequency of microwaves.

The third group of materials are so-called dielectrics. Here, the electrons are more or less immobile, so dielectrics are insulators under normal conditions; at very low electric fields they do not conduct electric current, whereas at high static fields they can suffer irreversible damage.

Prof. Krausz’s team has been interested in how such materials respond to very high and (usually) destructive fields that act on them for a fraction of a second. To investigate dielectric material properties, the team used very short and intensive laser pulses of visible or near-infrared light with a duration of a few femtoseconds.

Such pulses contain only a couple of cycles with a perfectly controlled waveform. In these pulses, the amplitude of the oscillating electric field increases from moderate values to more than 10 V m extremely rapidly, within a few femtoseconds. 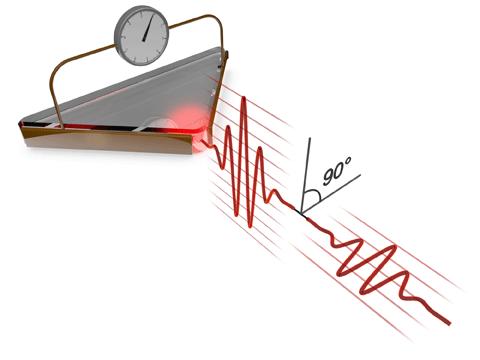 Fig.2. Measurement of electric currents induced by the electric field of light.

The scientists first investigated whether the light pulses would cause dielectrics to conduct electric currents at all. Their test object was a small silica-glass prism, coated on two sides with gold electrodes with a 50nm gap in between them. After irradiating the prism with the intense few-femtosecond pulses, an electric current was measured between the electrodes.

"Two effects are contributing to this result", Tim Paasch-Colberg explains, who worked on this experiment as a doctoral candidate. "On the one hand the strong electric field of one pulse enhances the mobility of the electrons. On the other, the appropriately directed weaker field of a second pulse pushes the mobilised electrons towards the gold electrodes."

The experiments showed that the electric current changes its direction as the weaker driving field is delayed by half a wave period (about 1.2 fs) with respect to the strong mobilizing field (see figure 2). "This behaviour is a strong indication that the material is turned from an insulator into a conductor by the strong light field within less than a femtosecond," Tim Paasch-Colberg says.

"However, from these observations we cannot yet conclude that the conductivity can also be switched off within the same time scale, which is a precondition for the effect being useful for signal processing."

To answer this key question, a second experiment explored the underlying electronic processes. This time, the material, in form of a thin film, was exposed to the same pulses. The extremely fast variations of the electronic properties caused by the strong field were tracked in real time with LAP’s unique tool: flashes of extreme ultraviolet light shorter than 100 attoseconds

"Our results show that the field-induced changes follow, in a highly nonlinear fashion, both the turn-on and the turn-off behaviour of the driving laser field, and thus they clearly point to the reversibility of the field-induced effects," Elisabeth Bothschafter, doctoral candidate at the experiment and Nature paper co-author, explains.

Dr. Martin Schultze, leading these experiments (who is currently on leave at the University of California at Berkeley) added, "It is stunning that basic material properties can be manipulated, increased and decreased, at the speed of light field oscillations."