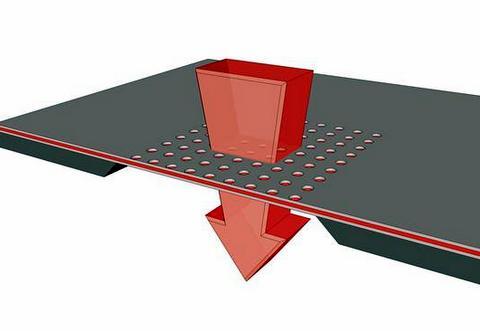 Blood simple: a sample is passed through the SINTEF membrane.

Norwegian researchers have developed what they are calling the world's first sensor capable of measuring individual particles in a blood sample.

Human blood contains several hundred different proteins that can give a picture of a person’s general health, whether about the condition of the heart or the presence of cancer.

Conventional local blood analysis gives five or six indicators, such as blood percentages, blood sugar and the presence of various infections. For more sophisticated testing, the sample often needs to be sent to a remote laboratory, which delays the turnaround of the results.

In 2008, SINTEF, the largest independent research organization in Scandinavia, began a joint project with Stanford University, Ca, USA, and Norway’s University of Oslo. Their aim was to develop a biosensor to improve sensitivity one million-fold, making it possible to measure individual particles in the blood, including proteins at extremely low concentrations, as well as DNA and RNA molecules.

The partners’ work has been funded by a combination of SINTEF's own Medical Action project, Norwegian government SIP funding (Strategic Institute Programme), and assistance from the Norwegian University of Science and Technology (NTNU), the University of Bergen (UiB), the University of Zurich and the German research organisation Fraunhofer. The researchers have also been able to use the Norwegian NorFab laboratories. The result is a new nano-particle sensor developed in MiNaLab in Oslo.

The blood sensor comprises a thin silicon membrane – about 0.1 micron thick – that is perforated with hundreds of small holes arranged in a regular pattern. Ib-Rune Johansen at SINTEF ICT, explains, “We call these structures photonic crystals. The same structures occur naturally in the wings of some butterflies.” Along with colleagues Jon Olav Grepstad and Michal Mielnik, Johansen believes that their development represents “the ultimate bio-sensor – operating at the cutting edge of nanotechnology.”

A key property of the photonic crystal is that it amplifies certain parts of the light spectrum. Johansen adds, “When we are looking for particles in blood samples, we illuminate the photonic crystal from behind. In this way, we can amplify the intensity of light within the membrane by many hundred fold.

“The crystal is impervious to light: all light is reflected and nothing passes through. Viewed from behind, therefore, the crystal appears like the dark night sky. However, each blood sample particle that is captured becomes trapped in a hole in the membrane and allows some light to leak through – giving it the appearance of a star in the sky. Our breakthrough came with this opportunity to see these microscopic particles,” he adds. 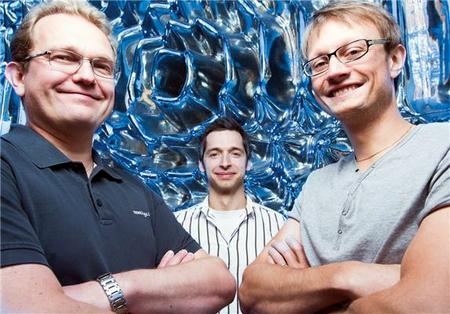 Currently, medical laboratories measure proteins to detect imbalances in the body that occur when an infection is present. The new sensor can take these analyses much further. SINTEF's chemists are trying to attach receptors to the wall of each of the perforations in the membrane, in a process called biofunctionalisation.

When a blood sample is pumped through the membrane, the receptors trap very specific molecules, depending on what scientists are looking for. Because the sensor/membrane has many perforations, the researchers are able to specify a wide range of different proteins. SINTEF Says it will be possible to detect illnesses such as prostate and ovarian cancer in their very early stages.

Work on biosensors typically faces two challenges. The first is to make the sensor sufficiently sensitive; the second is to ensure that they measure what is required (specificity). The SINTEF researchers say they have improved their sensor's sensitivity a million fold compared with conventional sensors; they can now measure particles down to 20nm in diameter.

SINTEF’s Michal Mielnik comments, “Many proteins relevant to diagnosis are in this size range, but many others are even smaller. We can currently detect individual molecules of the larger proteins.

“We can also detect smaller protein molecules, but not individually, that is, we need more protein molecules before we can detect them with our sensor. However, the aim is to perfect the sensor's architecture so that in the long term we will also be able to detect individual molecules of even the smallest proteins.”

The team plans further developments and new testing capabilities in 2013, including tests revealing proteins associated with ovarian cancer. In commercial production, the sensor is likely to cost medical centres a few thousand kroner (about €250), comprising the sensor, membrane, light source and a standard camera of the type used in mobile phones and PCs.