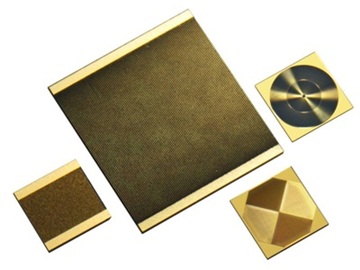 JDSU, the Californian manufacturer of laser diodes, optical components, fiber lasers and more, has discontinued its efforts in the area of concentrated photovoltaics (CPV).

Disclosing the company’s first-quarter results for fiscal year 2013 to investors, CEO Tom Waechter said that the currently “limited” opportunities in the solar market were behind the decision, although he did leave the door open for a return, saying: “We'll continue to monitor this market should conditions change.”

In February last year, JDSU said that it had produced CPV cells with a conversion efficiency in excess of 40%, and subsequently acquired assets from the UK-based start-up QuantaSol that were expected to enable even higher conversion efficiencies to be achieved.

Overall, JDSU posted a sequential decline in revenues, which were down 3% to $420.9 million as macro-economic worries continued to stifle growth and customer confidence. But that decline related largely to the company’s test and measurement business. In contrast, sales of optical technologies were up across the board.

Sales of components and modules used in fiber-optic communications networks jumped 5% sequentially to $163 million, with Waechter pointing to the “relentless broadband demand” by way of an explanation.

However, the company is employing caution by not projecting the year-end budget-release that is typical for the telecommunications industry. “Communications service providers continue to spend cautiously due to macro-economic and geopolitical concerns,” the CEO said in a statement. “Because of this uncertain climate, we are not projecting the calendar year-end budget release.”

Fiber laser sales up sharply
Non-telecom laser sales also grew strongly, up nearly 8% sequentially to $31.9 million. That jump was partly due to progress being made in the fiber laser sector. Though it remains a tiny player compared with market-leading IPG Photonics, JDSU does have a key relationship with the Japanese machine tool specialist Amada that is starting to bear fruit.

The company also looks set to regain momentum from its gesture-recognition technology, which relies on infrared laser diodes, photodetectors and optical filters and proved highly popular in the Microsoft “Kinect” games console two years ago.

Waechter says that a third customer for the gesture-recognition technology has now been signed up, adding that it would be used in personal computer (PC) applications for the first time. JDSU is also selling the technology for an unspecified home entertainment application, with speculation that Apple is planning to deploy the technology in future television hardware.

In August, the AppleInsider web site suggested that the iconic consumer electronics company may be looking to use JDSU’s gesture recognition technology, citing an analyst report from equity research firm Jefferies.

With the New York Stock Exchange closed because of ex-Hurricane Sandy, and thus unable to fully digest the company’s financial update, JDSU predicted that total sales in the closing quarter of the calendar year would be flat, at between $410 million and $430 million.