As import tariffs on Chinese PV products are confirmed by the US Department of Commerce, the infamous thin-film PV firm accuses Suntech and others. 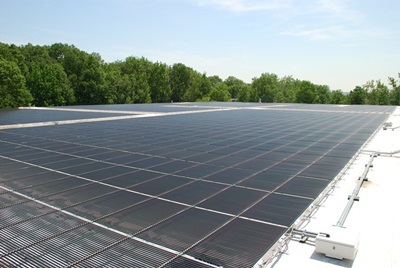 Solyndra, the bankrupt manufacturer of thin-film photovoltaics products whose $535 million loan guarantee whipped up a political storm last year, is suing its Chinese rivals for an alleged conspiracy to monopolize the solar market in the US.

Court documents filed with the Oakland division of the US District Court, Northern District of California, on October 11, accuse Suntech, Trina Solar and Yingli of acting as an illegal cartel, and of “destroying” Solyndra through their price fixing.

Its representatives are seeking $1.5 billion in compensation – the value of the business lost to the alleged conspiracy, and enough to cover the cost of the bankruptcy to US taxpayers.

The action came shortly after the US Department of Commerce issued the final determination of its investigation into alleged dumping of solar cells into the US market by Chinese manufacturers, and the level of subsidization provided by the Chinese government.

That final determination increased the level of anti-dumping tariffs that will be imposed on certain manufacturers, with the duties set to be collected after a final decision by the US International Trade Commission expected on November 23.

Prices fell “in tandem”
In its lawsuit, which calls for a jury trial, Solyndra says that the trio of Chinese companies employed a “complex scheme, in collaboration with each other and raw materials suppliers and certain lenders, to flood the US with solar panels at below-cost prices”.

The text of the complaint also points out that the defendants had raised cash from US investors before embarking on their alleged scheme. “Incredibly,” states the suit, “[Chinese manufacturers] elected to deploy the capital they raised from Americans to destroy American solar manufacturers, like Solyndra.”

Solyndra’s legal representatives also accuse trade associations and the Chinese government for their part in supporting the cartel.

According to the lawsuit, the price of the products offered by the three Chinese firms named fell “in tandem” by 75% between 2008 and 2011 as their modules and panels flooded the US market.

“Consistent with their conspiracy, two defendants share an address (Yingli and Trina) and the two most senior executives of Trina and Suntech work together on the board of a Chinese trade association with the stated purpose of ‘collaboration’,” it adds.

In September 2011 - not long after receiving its loan guarantee backing from the US government - Solyndra went bust, with its supporters claiming that it had been undercut by that sudden decline in solar prices. At the time, it employed 1100 people.

That precipitated a political storm that culminated in a partisan grilling of Energy Secretary Steven Chu in Congress as he explained the thinking behind the now-infamous loan guarantee.

Radical
However, Solyndra’s products were very different to those offered by the Chinese trio. Whereas Suntech, Trina and Yingli each sell conventional modules and panels based on crystalline silicon cells – a technology that has been scaled to high-volume production – Solyndra’s approach was to deposit thin films of copper indium gallium diselenide (CIGS) onto cylindrical glass tubes.

Each Solyndra module comprised concentric tubes. While the inner tube would be coated with CIGS, the design also allowed the module to be filled with an “optical coupling agent” with a refractive index matching that of the outer tube’s glass to maximize efficiency.

That radical approach was designed to help collect sunlight reflected by white-roofed buildings, particularly commercial and industrial sites, as well as by the direct absorption of solar radiation – meaning that an extra 20% sunlight could be collected, compared with standard PV.

But it was also a complex approach, and the technology had proved much more difficult to scale to volume than conventional silicon, with reports suggesting that Solyndra was also suffering from yield issues in its manufacturing process.

Since the solar products are being dumped at such low prices and the manufacturers are unable to make any profit, those loans are simply rolled over indefinitely in what the Solyndra lawsuit describes as an “extend and pretend” scheme.

Polysilicon suppliers in the country are also named in the action, allegedly making the key material available at prices designed to conceal the true production cost of PV cells and modules made in China.

Yingli responded to the lawsuit with a barbed statement, describing the Solyndra claims as unwarranted and misguided, and coming "from a company that has a clear history of failed technology and achievements".

Trina described the action as "without merit and baseless", while at the time of writing Suntech was yet to respond.