New fab has a production capacity of 35MW and is now moving to a three-shift operation. 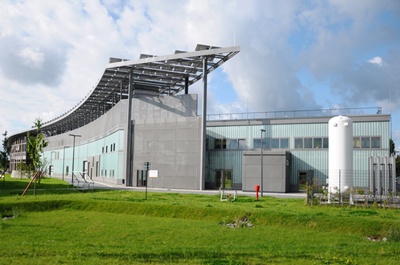 Following a successful period of pilot operation over the summer, the flexible copper indium gallium diselenide (CIGS) photovoltaic module manufacturer Global Solar is ramping to full production at its new factory in Germany.

The US-headquartered company’s Berlin-Adlershof facility is currently working on a two-shift rotation, but will move to a round-the-clock, three-shift pattern by the end of September. Although Global Solar would not reveal how many megawatts worth of modules it has produced so far, the company did tell optics.org that it had “more orders than it can deliver”.

Global Solar’s lightweight, flexible modules are based on thin-film CIGS cells laminated between a number of films, which the company claims to be the most efficient of their kind, worldwide. The efficiency of its commercial modules ranges from 10.5% to a maximum of 12.6%, but weigh only 3.5 kg per square meter.

That design is said to be well-suited to flat industrial roofs, which are not always able to support the more conventional and much heavier silicon-based PV modules. Global Solar’s modules are instead rolled onto the surface of a roof, without any need for support frames or stands. The company’s PowerFLEX products are said to be twice as efficient as flexible modules based on amorphous silicon. 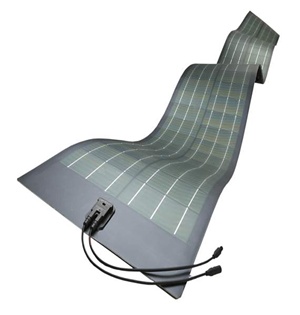 Unlike silicon PV, makers of thin-film CIGS products have tended to develop individual processes based on proprietary deposition techniques – seen as one of the weaknesses of the technology in terms of its scalability, and part of the reason for the problems that have hit other manufacturers, notably Solyndra.

However Jens Mühling, the managing director of Global Solar’s German operation, said that the custom-built deposition equipment used for roll-to-roll production onto stainless steel substrates was commissioned and installed in only five months.

Global Solar already has a module production fab with a capacity of 40 MW in Tucson, Arizona, and the addition of the Berlin facility is expected to create 160 new jobs in all – 60 of which have already been filled, says the company.

Its expansion comes less than a month after Ascent Solar, which also makes CIGS-based flexible solar modules, agreed a strategic equity, licensing and manufacturing deal with the Chinese construction and roofing firm TFG Radiant. Under the terms of that deal, TFG is planning to invest $165 million in a 100 MW flexible CIGS fab in China that it will part-own with Ascent.