The European Photovoltaics Industry Association says that even the UK will reach dynamic grid parity by the end of the decade. 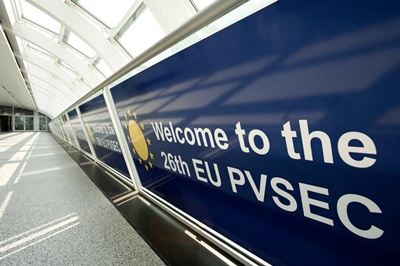 A new analysis of the falling cost of solar electricity suggests that photovoltaics will become genuinely competitive with conventional energy sources in Europe within ten years, including some of the northern reaches of the continent.

The study, conducted by the European Photovoltaics Industry Association (EPIA) and strategic consulting firm A. T. Keaney, predicts that the price of PV systems will decrease by up to 51% over the coming decade, cutting the cost of PV electricity generation by a similar amount.

The calculations make a number of assumptions, including that of a PV system’s lifetime extending to 35 years by 2020 through technological improvements – compared with the standard 25-year lifetime of current systems. That is important, because the report calculates the cost of PV using a term known as the “levelized cost of electricity” (LCOE), which is equivalent to the total output of the PV system over its entire lifetime, divided by the total cost of installation and maintenance over that period.

Dynamic grid parity
As EPIA admits in its report, the cost of both PV generation and that by conventional sources could vary wildly in the coming years, and so any predictions are by their very nature speculative. Even so, PV is clearly moving towards a genuinely competitive position, it says. “Considering all of these factors, it is clear that dynamic grid parity could occur in Italy in 2013 in the commercial segment, and then spread all across the continent in the different market segments by 2020,” notes the report. “In Italy, where solar irradiance is higher than in Germany and so is the cost of electricity, competitiveness will arrive sooner.”

Concentrating on five key European markets (France, Germany, Italy, Spain and the UK) the study says that dynamic grid parity – defined as the point at which long-term revenues from PV electricity are equal to that from traditional supplies – could be reached in Italy by 2013 in the commercial segment.

Grid parity will be reached at the commercial system level first, with residential installations predicted to reach that milestone around two years later in most locations. In the UK, the least sunny of the five major European economies and the least advanced in terms of its existing PV market, commercial dynamic grid parity is predicted in 2017, with residential parity in 2019.

Despite the positive outlook, which will ultimately have been aided by the rapid price declines and shake-out seen in the PV market during 2011, EPIA warns that the move towards competitive PV electricity across the continent will still require political commitment, including a regulatory framework designed to support further development of the technology through mechanisms such as feed-in tariffs.

Historically, the price of PV has come down by 50% over the past five years, and EPIA’s rule of thumb – akin to a “Moore’s law” for solar electricity - suggests that the price of PV modules declines by about 20% each time the cumulative sold volume of PV modules has doubled, with system prices (of which modules make up the largest element) falling accordingly.

Policy recommendations
Among EPIA’s recommendations is a call for political commitment to continuous research and development, so that PV technology continues to advance, with better conversion efficiencies and module lifetimes.

Ironically, the recent sharp drop in the cost of PV has had very little to do with European manufacturers and is much more the result of a huge investment in production capacity in China, which flooded the market in the first half of 2011, and reduced feed-in tariffs in key markets that simultaneously stalled demand. That combination created a massive oversupply and led to a 23% fall in the price of silicon wafers for PV applications in the month of June alone, according to analysis from Bloomberg New Energy Finance.

Whatever the mechanism, the net result will be that competitive PV is, in the EPIA’s words, “coming soon – and sooner than many people think”.

“One thing is clear in all of the scenarios,” concludes the report. “When it comes to the growing PV competitiveness, the defining issue is not price, which has been coming down for years and will continue to do so under almost all circumstances. The PV industry is fully committed to further decrease the price should European governments make the right political choices. PV is one of the world’s most promising energy sources and is on the way to competing in the energy sector.”

• EPIA published the study on the opening day of the 26th European Photovoltaic Solar Energy Conference and Exhibition (EUPVSEC), now a huge annual event in the PV calendar and taking place this year in Hamburg, Germany.