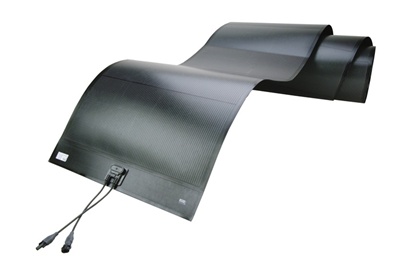 TFG Radiant, a Chinese construction and metal roofing company, has taken an approximate 20% equity share in the Colorado-based CIGS solar developer Ascent Solar, as part of a wider strategic manufacturing and licensing deal that may end up being worth close to half a billion dollars.

It includes a $165 million commitment from TFG to build a 100 MW capacity fabrication facility in China based on Ascent’s technology, while Ascent is planning to develop a next-generation PV production line at its site in Colorado. At present, Ascent retains all the rights outside of the East Asian territories specified, although it says that it is seeking similar partnerships for other geographies.

Ascent will also receive license fees, engineering fees and milestone payments from TFG, with the milestone payments potentially exceeding $250 million over several years. The US company will receive partial ownership of the China fab and royalties on all sales from it.

“This partnership is transformative in nature,” said Ascent chairman Amit Kumar. “It is based on the complementary expertise of TFG Radiant, in metal roofing and construction in one of the world’s largest markets, and Ascent, in market-leading flexible CIGS technology.”

Strategic changes
Since it span out of ITN Energy in 2005, Ascent has struggled to deliver much in the way of sales revenues for its flexible PV modules. And although it raised $20 million in a public sale of its stock in late 2010, the company had posted annual losses in excess of that figure in both 2009 and 2010.

Earlier this year, the company’s stock price tumbled alarmingly after it announced a change in strategic direction and plans to scale back operations in a bid to slow the rate of cash burn. The company had then said that it would move away from the building-integrated PV (BIPV) market to focus on specialist application areas such as transportation and defense.

The deal with TFG gives it a different a much lower-risk route into BIPV, alongside a partner that has the financial muscle to drive manufacturing, sales, marketing, distribution and installation – leaving Ascent to focus on technology development.

“Strategically, this type of partnership enables us to focus on research and development, and products and plant development, while our partners focus on scale-up, cost reduction and commercialization,” said Kumar.

Joint venture
The Chinese firm, which was already a distributor for Ascent prior to the deal, is a joint venture between the construction and real estate conglomerate Radiant, and Tertius Financial Group, a private investment firm based in Singapore. 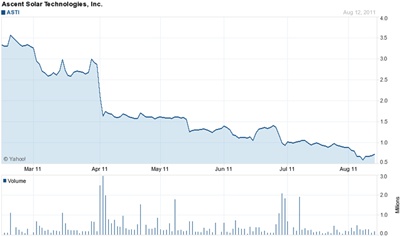 Inbo Lee, TFG’s CEO, said: “We are convinced that Ascent’s ultra-light flexible modules are the best for China and East Asia, which we expect to be the largest markets in the world. We know this is the product that our customers want.”

The equity part of the agreement sees TFG take an initial 20% stake in Ascent, with the purchase of 6.4 million shares at $1.15 per share ($7.36 million). That represented a 56% premium to Ascent’s closing stock price on August 12, and in early trading following the announcement of the partnership, Ascent shares shot up even higher.

TFG may ultimately take a 49% share in the company, with Ascent agreeing to give the Chinese firm the right to purchase an additional 9.5 million shares at $1.55 per share (total $14.7 million), providing that certain performance requirements relating to the Chinese fab are met.