A clearer focus for the new GSI

All three business segments of the reconstituted company saw double-digit revenue growth in the second quarter. 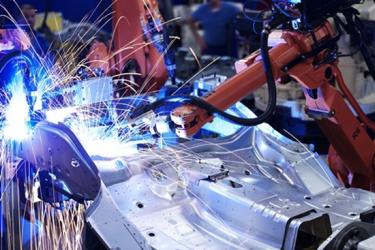 One year after emerging from Chapter 11 bankruptcy proceedings, the GSI group posted revenues of $101.4 million and profit of $19.4 million for the second quarter of 2011, up by 18 percent and 20 percent respectively year-on-year.

The company's three operating segments - Precision Motion & Technologies, Laser Products, and Semiconductor Systems - all acquired new senior managers during the quarter, and all reported substantial growth. CEO John Roush pointed to this as proof that the company's painful period of restructuring had led to a stronger organization.

"2011 has been a year of building the organization, processes and infrastructure of GSI," he told investors.

"Historically, our businesses have not been managed for strategic growth. If anything, they have been managed to maximize short term margins. The level of growth investment that has existed here has generally been insufficient, but the bigger problem has been that investment was channeled into too many different businesses and projects. The inevitable result has been that none of these projects reached critical mass or led to meaningful growth."

GSI currently offers fiber laser products up to 500 W, with a near term road map to one kilowatt and a medium term path to three kilowatts, according to Roush. "Our strategy is to focus on the mid- and higher power ranges in cutting, welding and drilling applications. We have already demonstrated that we can effectively leverage our strong historical customer relationships and deep laser applications expertise to support customers as they transition to fiber lasers. Our biggest challenge has been to expand production capacity and applications resources fast enough to meet market demand, and our strategy is to focus on providing the necessary resources to support the growth of this business."

The company's plans for laser scanning involve building on its position in scanning galvanometer technology, which is used to steer and control the beam in a wide range of laser applications. GSI's current penetration is said to be 10 to 15 percent, and the company will target Europe in particular, a territory where its current share is lower than elsewhere.

"Each of these three growth initiatives provides us a discrete opportunity to add tens of millions of dollars of annual revenue over the next few years," predicted the CEO. "In addition, these areas will be the focus of our acquisition efforts. We are building a pipeline of promising opportunities in each of these areas, and we expect to execute a number of deals over the next few years."

Portfolio review
At the same time, the company's laser systems integration business, which produces complete laser tools for direct sale to end users, is officially under strategic review as a potentially poor fit with the new GSI. The final decision about its future is expected by year-end.

"In the past, the GSI portfolio has really not been managed or optimized for growth," commented Roush, who stated that GSI's revenue growth profile was likely to be mid-single-digits in the coming years if the corporate profile was left unchanged.

"With the strategy we have outlined, we expect to accelerate our top line growth rate to the high single-digit range, without acquisitions, and to the low double-digit range with acquisitions. During the latter part of this year, you can expect us to begin to attend investor conferences and make more thorough presentations of our strategy."