A direct sales and multi-distributor approach helped revenues, with forthcoming products set to continue the process. 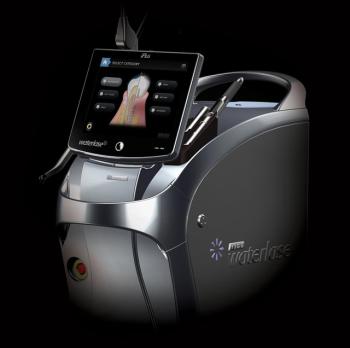 A change in the way Biolase supplies its dental laser and imaging systems to the market was one of the factors behind a doubling of quarterly revenues year-on-year for the company, according to CEO Federico Pignatelli, with changes to the product line now set to push the company into new markets.

"This is the beginning of our evolution into a well diversified company," he said, referring to the company's convoluted and well-documented corporate history. "Unlike in the past, we are transforming Biolase from a one-dimensional single-product company into a well-diversified medical technology company."

Net revenues for this year's second quarter reached $12.1 million, a rise of 105 percent from $5.9 million in Q2 2010, and a 14 percent sequential improvement over the $10.6 million posted for the previous quarter.

The company fell short of GAAP profitability, posting a quarterly loss of $753,000. Its non-GAAP figure crossed narrowly into profit by $6,000. "It is notable that this quarter was the third consecutive quarter featuring non-GAAP profit, the first time since the second quarter of 2004 that the company has achieved this," said Pignatelli.

New model, new products
During the second quarter, Biolase regained full rights to both sell and distribute its products in international territories which were previously exclusive markets of equipment distributor Henry Schein. This change to the company's business model has required it to spend the first two quarters of 2011 reorganizing its international sales structure, which impacted the contribution of those sales to the overall total. But it now expects international sales to increase substantially.

Biolase strengthened its IP portfolio during the quarter with three new patents relating to aspects of its proprietary Er,Cr:YSGG and Er:YAG hard tissue laser technology. It was also granted two new patents covering the use of its laser technologies for treating various conditions of the eye, including presbyopia.

"The new patents extend the IP coverage of our core laser technology well into 2016, while also adding protection for new features such as the use of other laser wavelengths," commented the CEO. "We now have a diversified and multi-layered IP portfolio which greatly exceeds the net value of our tangible book assets."

Pignatelli indicated that the company will be bringing to market a more sophisticated multiple-wavelength diode product no later than the first quarter of 2012. He separately hinted that the company was collaborating with Procter & Gamble, and would be giving more information about the results of this cooperation in the future.

"The Waterlase iPlus dental laser is the major driver in revenue growth in 2011," said Pignatelli. "In 2012 growth will be multi-dimensional."