Quarterly and half-year sales growth in all product segments keep the company on course in a volatile period. 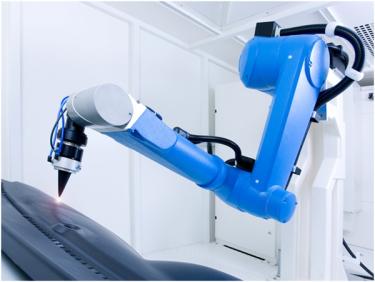 High demand for Jenoptik products was the simple explanation for the company's performance in the second quarter of 2011, according to chairman Michael Mertin, and it came from customers world-wide. "Our products are in international demand, and sales growth was generated mainly outside Germany," he said.

Total sales for the Jenoptik group rose by 15 percent year-on-year to €131.8 million for the second quarter. Half-year sales rose by a similar percentage to €256.3 million, keeping the company on course for its stated goal of €510 million for the full fiscal year.

Profitability rose by a much larger headline figure, with earnings after tax rising from €2 million for H1 2010 to €14.5 million for the first half of 2011, an eye-catching 625 percent improvement. Quarterly earnings similarly rose substantially from €2.3 million to €7 million year-on-year.

This jump was attributable to a more efficient corporate structure, improved procurement processes, higher capacity utilization and a good product mix according to the company, which described the rise as a "disproportionate improvement."

All Jenoptik segments saw improved sales figures, although not all to the same extent. The most significant rise came from the Metrology division, which saw half-year sales improve by 40 percent compared to H1 2010 reaching €62.1 million, as increasing demand from the automotive sector fed through into purchases.

The order intake also included a large contract to supply the Kingdom of Saudi Arabia with systems and equipment for traffic monitoring, worth more than €20 million.

The Lasers & Optical Systems segment also saw a marked rise in sales, up by 17 percent to €108.8 million for the half-year. Earnings from the segment were boosted by a high level of sales to the semiconductor industry as well as continuing demand for laser systems used in medical technology and laser processing systems, according to Jenoptik's figures.

The Defense & Civil Systems segment posted relatively stable half-year sales of €84.7 million. The sale of Jena-Optronik, the provider of opto-electronic instruments and sub-systems for space applications which had previously been included in the this sgegment, was completed in December 2010 when EADS Astrium acquired the business.

Fiber laser development
With the prospects for fiber laser deployment still looking strong and competitors to IPG's market dominance continuing to make their plans, Jenoptik has announced the end of JT Optical Engine, the formal joint-venture with Trumpf formed in 2007 - although cooperation will continue.

"Trumpf and Jenoptik will both be continuing the development of a scalable platform for kW fiber laser systems and transferring these to mass production," said the company. "The two companies have had a successful market presence with fiber lasers based on their joint development of the so-called optical engine for fiber lasers since 2009. The main objective of JT Optical Engine was therefore achieved, and its operations ceased as of July 1st 2011. In the future, Trumpf Lasertechnik and Jenoptik’s Lasers & Material Processing division will continue to work together on the theme of fiber lasers as well as other technology themes, and conduct joint projects."