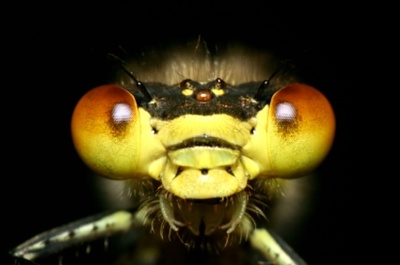 The trend towards consumer electronic devices that include cameras with a resolution of 5 megapixels or more will present a major opportunity for European semiconductor equipment companies to enter a new photonics application.

Andreas Tünnermann, director of the Fraunhofer Institute for Applied Optics and Precision Engineering (IOF) in Jena, Germany, focused on the potential new market in a presentation at a Spectaris-organized investor conference held in conjunction with the LASER World of Photonics event in Munich last month.

With an anticipated 1.8 billion mobile handsets and similar devices expected to be sold in 2012, and 8 megapixel cameras starting to find their way into such products, the boundaries of conventional optical imaging designs are being pushed.

Alignment complexity
Tünnermann says that up to seven individual lenses are needed in these miniature cameras. And as the demand for higher resolution grows, the key optical alignment step – typically done on a production line at Asia-based manufacturers – is becoming more complex, time-consuming and expensive.

One solution, as he sees it, is to increasingly adopt wafer-level manufacturing, in conjunction with microlens array designs that mimic the composite eye structure that insects have evolved over millions of years.

Tünnermann’s own institute has some previous form in this area, having in 2006 produced the world’s thinnest camera system, in the form of a multi-aperture objective lens.

A major benefit for handset OEMs such as Apple and Samsung is that by adopting these types of microlens arrays, the size of the camera system can be drastically reduced – music to the ears of developers of such design-led products. For example, the objective lens in an iPhone is around 3-4 mm thick.

With the wafer-level approach, that could be reduced to just 1 mm, while achieving an extremely wide field of view - much like the peripheral vision provided by the composite eye structure of, for example, a dragonfly. In addition, wafer-level production using standard semiconductor industry techniques should keep costs down by enabling high-throughput production.

Equipment opportunity
Until now, the only thing holding back the technology has been the relatively limited achievable resolution of the wafer-scale approach, but Tünnermann sees this problem being overcome soon and describes the opportunity as “a chance to combine microelectronics and optics for the first time”.

He isn’t expecting production lines to suddenly spring up in Europe, however. Rather, the opportunity will be for European providers of high-spec semiconductor production equipment – the likes of Süss MicroTec – to supply the tools to produce the components. In addition, there could be an opportunity for laser equipment vendors, whose tools may be used for wafer-dicing.

Another optical technology seeking to benefit from the trend away from conventional optics in handsets is the liquid lens - a device that mimics the human eye, rather than that of an insect. 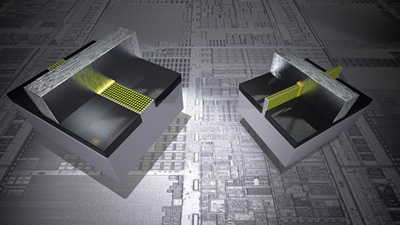 Hamid Farzaneh, the CEO of Optilux, a Silicon Valley company which is aiming to get liquid lenses accepted into smart phone designs, says that the approach is particularly valuable for cameras with 8 megapixel resolution or higher, where the liquid lens is approximately one-sixth the size of conventional designs.

At the Spectaris event in Munich, the Süss CEO Frank Averdung highlighted the “exploding” market for sensors, and the move towards three-dimensional scaling in semiconductor production as two key trends impacting the equipment sector. Three-dimensional integration through stacking is the main approach to increasing chip complexity in the post-Moore’s law world expected after 2020 or so, as highlighted by designs such as eight-layered Samsung memory chips, and the “Ivy Bridge” processor from Intel.